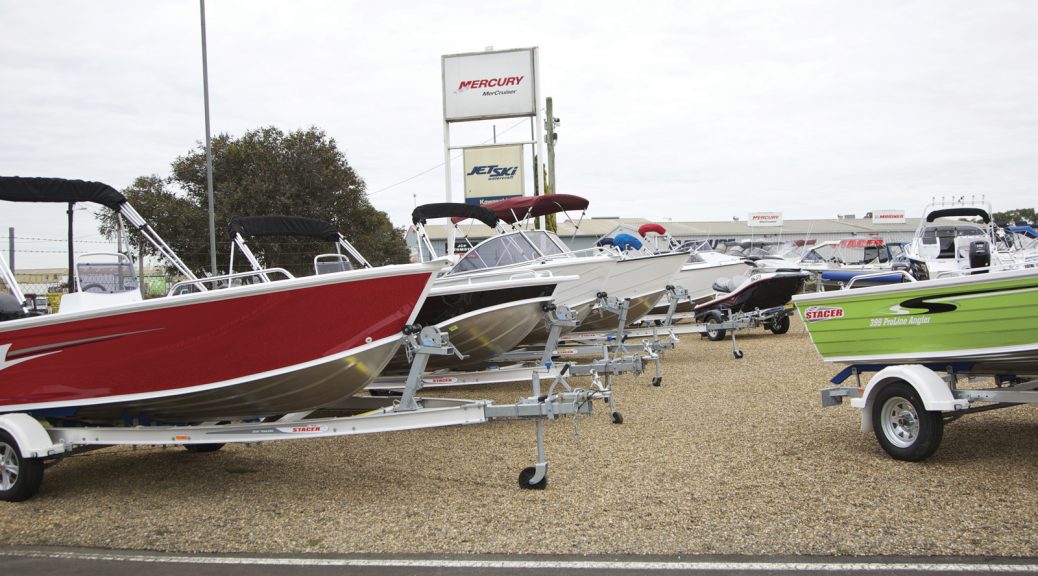 Crawford Marine has been growing strongly ever since its inception in Morwell in 1964. The business was started in February of that year by the late Ivan Crawford, who first opened its doors in George Street. Its original marine agencies included Swiftcraft, Savage and Caribbean fibreglass and Savage aluminium boats, as well as Johnson Outboard motors.
Eighteen-year-old Terry Raymond from Moe started with the company in late 1976 in a sales role, selling fishing tackle, guns and ammunition and boating spare parts. This soon grew into selling boats and outboard motors. In 1980 Terry and a business partner were given the opportunity to purchase the marine sales and service division. 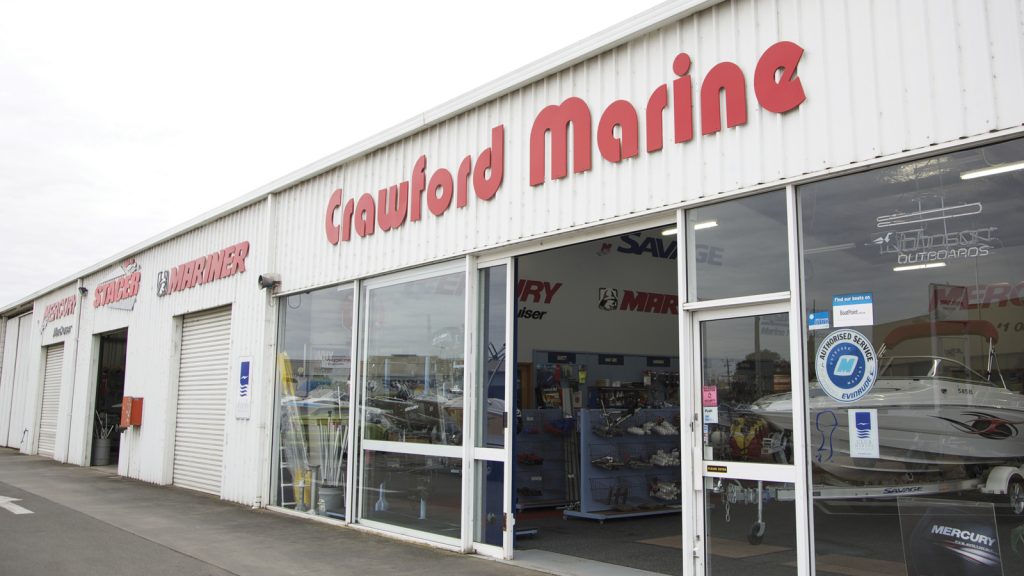 As the business grew the existing rented yard in Chapel Street became too small and a one-acre industrial property was bought in Chickerell Street in 1986 as the new home of Crawford Marine. A purpose-built facility was created with a dedicated boat and accessory showroom and a modern marine service workshop. This was completed and opened for business in December 1987.
In August 1990 Terry bought out his business partner and became a sole trader. In 2006, he expanded the boat yard with the purchase of the adjoining property, formerly the site of a garden supplies business, which increased the yard to almost two acres.
After attending and displaying at numerous outdoor shows locally, Crawford Marine ventured into national boat shows. In 1993 the company had its first display at the Melbourne National Boat Show, and Terry has been very proactive in the boating industry and has exhibited every year since.
“Boating is a lifestyle and at Crawford Marine I would like to show you how!” Terry said. “We are so fortunate in Victoria to have such wonderful waterways. In Gippsland we are so close to Bass Strait, Corner Inlet and Westernport Bay, which is so renowned for its marvellous fishing grounds.
Gippsland Lakes also with its unique beauty and peaceful nature is a mecca for those families who have embraced the pleasures of boating.” 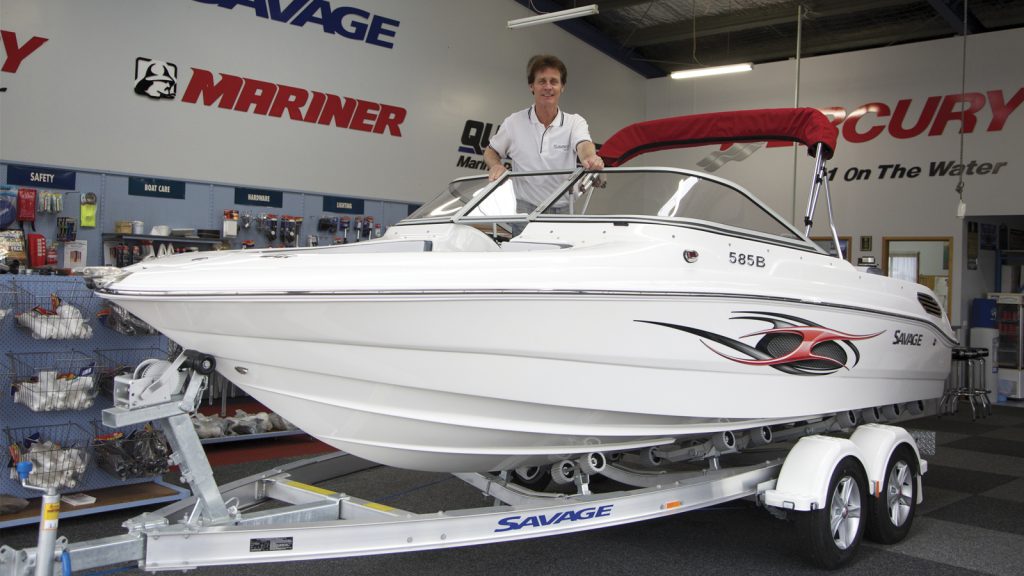 Crawford Marine’s customers get to try the boat they are interested in before they buy. This gives Terry a chance to show the customer how to handle getting the boat in and out of the water, and also how it suits their individual boating needs. This has won Terry many sales with clients coming from various places in Australia to try and then buy their favourite new or used boat.
Terry is often surprised by the variety of his customers and their widespread postcodes. “Boating is a cost-effective pastime,” he said. Boats are a serviceable item and Terry’s advice is to follow the manufacturer’s recommendations and get the right service from experienced and factory-authorised boat service dealers.
Crawford Marine’s service facility is busy all year but of course as the summer approaches and the footy finishes, it gets a huge influx of service inquiries and service appointments fill quickly. “We do encourage all boat owners to try and get their services done off-season where possible to avoid missing out.”
Terry is proud to be a long-serving Mercury Outboards dealer for Gippsland and Latrobe Valley. The latest Mercury four-stroke outboards are second-to-none in quality, performance and reliability, with a huge range of model options available. Crawford Marine also stocks and sells the popular Stacer range of aluminium boats. Having been built for more than 40 years, the model range is vast, from a three-metre Seasprite dinghy through to the 7.5-metre Ocean Ranger plate offshore fishing rigs.
Savage Fibreglass boats has a range of family bow rider runabouts and versatile cabin models up to 6.5 metres. They are suitable for a wide range of watersports and all sorts of boating fun. For those who want to invest in a used boat, Crawford Marine has an extensive array of quality pre-owned boats.
What is the future of Crawford Marine? With nearly 40 years in the business so far, there will come a time when Terry will hand the reins over to someone else, who hopefully sets Crawford Marine’s course for the next 50 years.