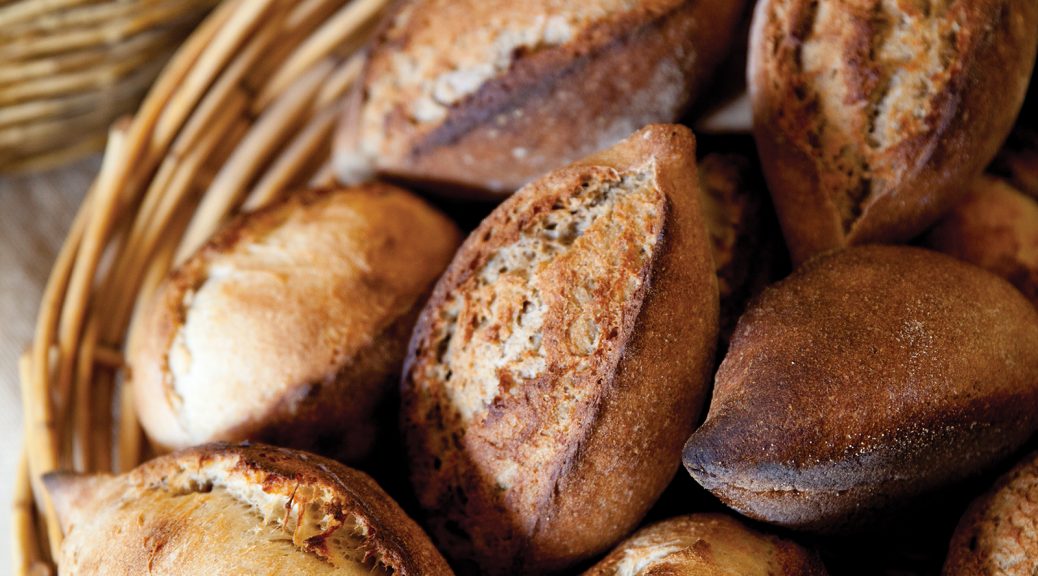 In the small country town of Garfield, set back a little from the main Road, is a unique old building and inside it is a colossal wood-fired brick oven that is large enough to fill one end of a country hall. The beautiful old Scotch oven has recently been lovingly restored to its former glory by artisan baker, James Fisher and his partner Ken Colley who now use it to produce wood-fired oven baked goods that are distinctive and delicious. 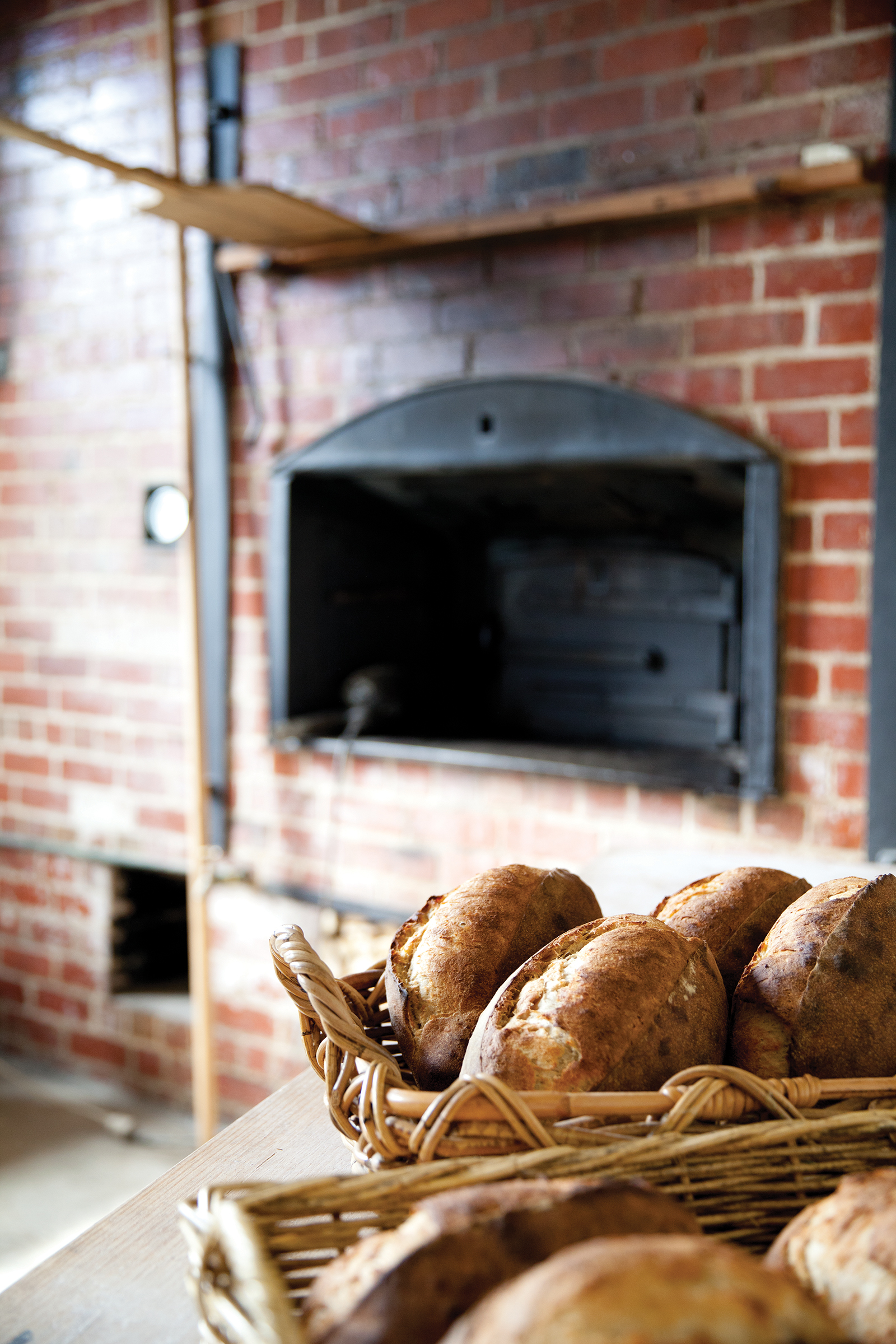 “This type of oven is very rare,” James said. “I’ve only found another six like it that are operational in Victoria. When we found this one my jaw dropped open and I grabbed it. I signed the lease then and there and then worked out a business plan to go around it.”

He said there was a time when every community in Australia had Scotch ovens. It was the only way bread was made, but when bread was produced in factories, most of these ovens fell into disrepair or were demolished. Many of them were bought by the major bread manufacturers to close them down.

“You would never go about building an oven like this now that would be bananas,” he said, “but we did do an extensive renovation. The beautiful arched ceiling in the oven had started to collapse and had to be restored, and the entire oven floor was replaced as were the tie bars underneath the sole of the oven that hold the walls together.” 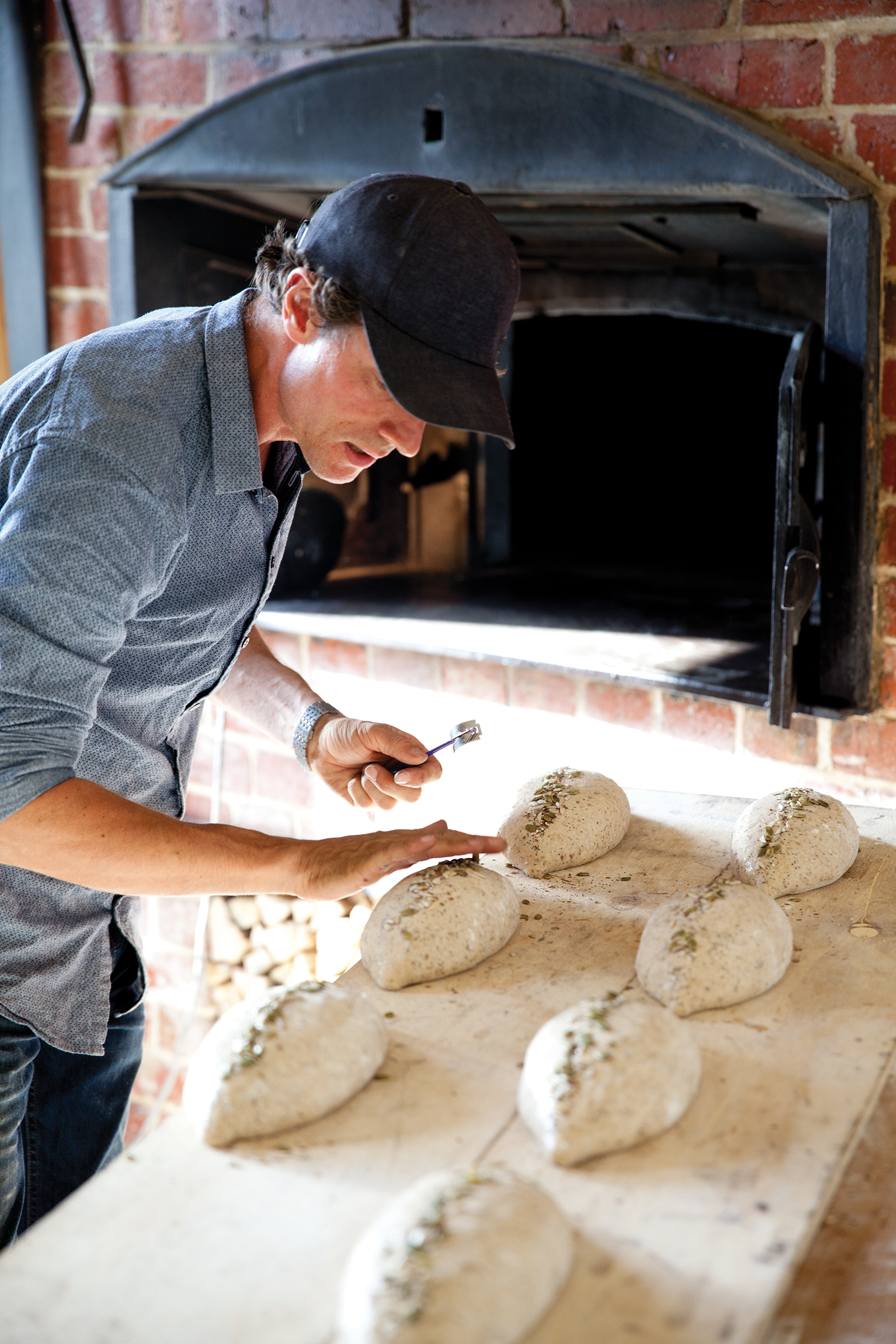 When asked if baking in a wood-fired oven made a difference to the fare. “Unquestionably” was the instant response from both. “You haven’t really tasted bread until you’ve tasted it from a wood fired oven,” James said. “It has a flavour that’s entirely different and can’t be replicated.”

“Most people that eat our bread only want to eat it with butter or a dash of olive oil,” Ken said, “because it has so much character and flavour.”

All the bread is made with stone ground organic flour because roller milling damages the enzymes and the proteins in the flour, which compromises the quality of the bread.

All their dough is made with a natural, longer fermentation period. The acids that are present in the dough naturally break down the gluten over time so the bread they produce is easier to digest.

The external part of the oven is brick with an iron oven door and another smaller iron door for the fire box. Inside the brick exterior is filled with sand from the floor to a metre above the roof of the oven inside.

“We fire it up until the thermometer on the outside reads 450 degrees centigrade,” James said. “We then have an incredible amount of heat that starts to dissipate into the thermal mass. We extinguish the fire, rake out the coals and then close the vent and drafts to trap the energy inside the oven. As the heat dissipates into the thermal mass, the temperature falls quite quickly for a while and then evens itself out. When the temperature hits about 280 degrees we start baking.

He said there is some debate about the exact age of the oven which is still not known. “Many of the older residents in Garfield remember the man who worked here and said he delivered the bread using a horse and cart. The horse was kept in a paddock outside the building and the cart was kept in a shed. The other end of the building was the grain store. One woman told us that both she and her husband had worked in the bakery and she remembers the big old proving troughs. A machine mixer was added to the bakery in the 60s. Until then they were mixing hundreds of kilograms of dough with their bare hands, astonishing!”

James became extremely interested in bread during a trip to England five years ago after meeting up with Richard Bertinet who has a baking school in James’ home town of Bath. “He inspired me and I learnt techniques from him that enabled me to handle dough with a higher hydration. I then learnt to produce bread at home that was better than anything I could buy and it was easy.”

At the time he was working as a corporate executive performance coach to middle management. When his contract ended, he ran a bread making school called ‘A Taste for Baking’. “After doing that for a year with limited success, I thought to make a real difference what I needed was someone I could work with and a place of business that would give people something to talk about and a place to come to.

“A few weeks later I met Ken at a friend’s wedding. He’d heard about my bread making classes and said he thought we should do something together with bread, which was fantastic. We discussed it later at his home where he had a friend visiting who happened to have a beautiful old bread oven she thought we’d be interested in. I never imagined it would be an oven like this.

“We’ve spent a year building a business plan, restoring the oven and putting the whole thing together to produce wholesale and retail baked goods. We are currently open on Wednesday, Thursday, Friday and on Saturday and Sunday we sell at the Farmer’s Markets.

“Our goal here is to make the bakery a destination. We have got planning in with council at the moment to open a café and produce store so people can come here and sit and eat.”

Ken said the more care that goes into producing food, the better the food is going to be and he believes they are blessed to be centred amongst the three main food areas of Victoria. “It’s a chance to really explore and expand on what other people are doing on the same scale in these areas and hopefully we can showcase all of that with our own product.” Ken worked in media, management and programming until he lost most of his eyesight. He has always had a passion for food and said the best thing he could do then was to provide the best food for his family and he produces an abundance of it on their small acreage.

Tamsin who is also part of the partnership works at the markets with James. She is responsible for how their brand shows up in the world, how the bread is presented and how it meets their customers. This includes things like what table cloth to use, the logo and marketing.

“Our future is to start milling our own flour as well, which will be a whole new experience, “James said. “We have commissioned a mill to be built in Austria, which is due to be shipped out in the next few weeks. It’s a beautiful devise with a stone wheel and lovely timber castings. We will then have control over the product we create and the integrity of that product all the way from the soil to what we sell out of the bakery door and that’s something I’m very proud of.” 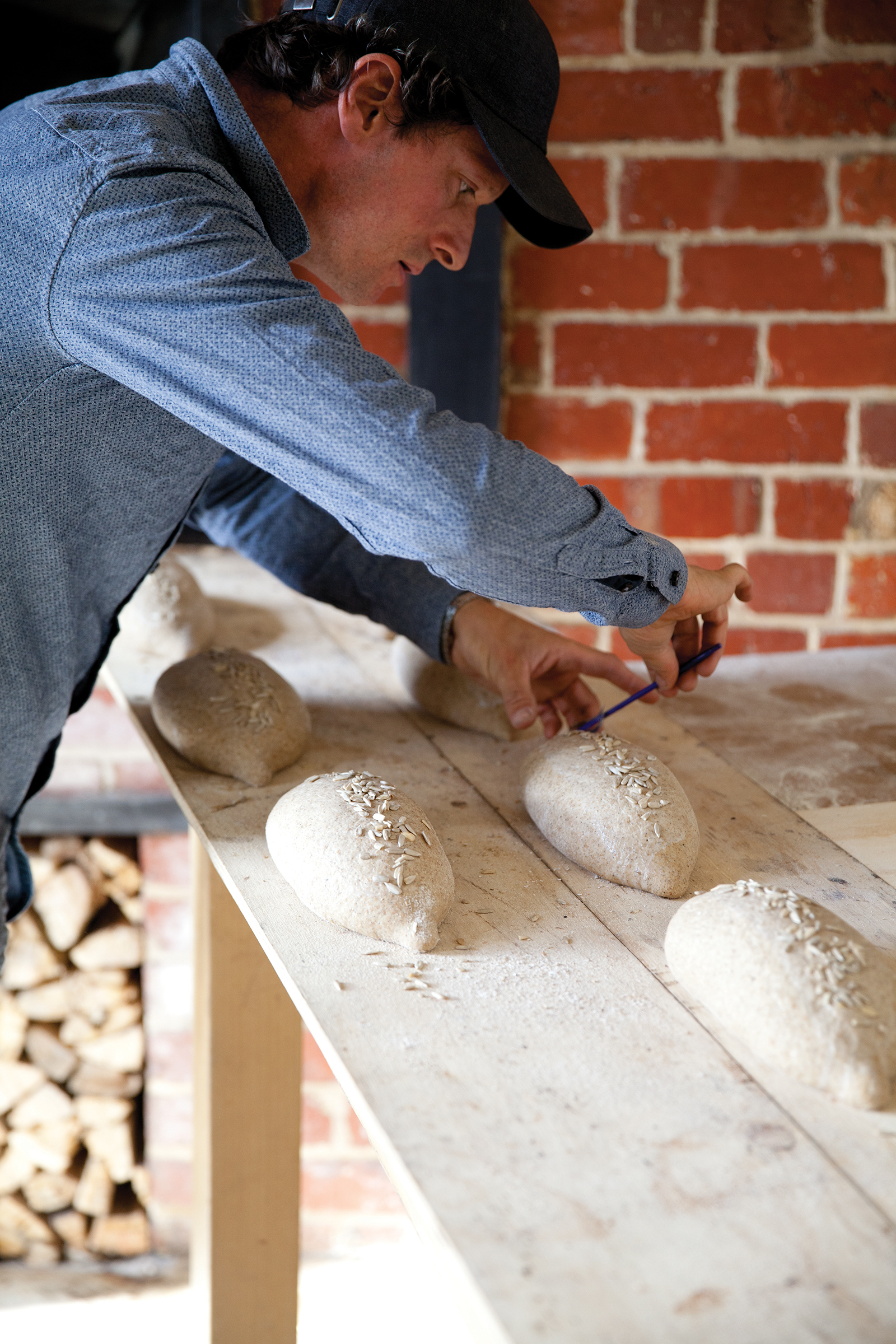