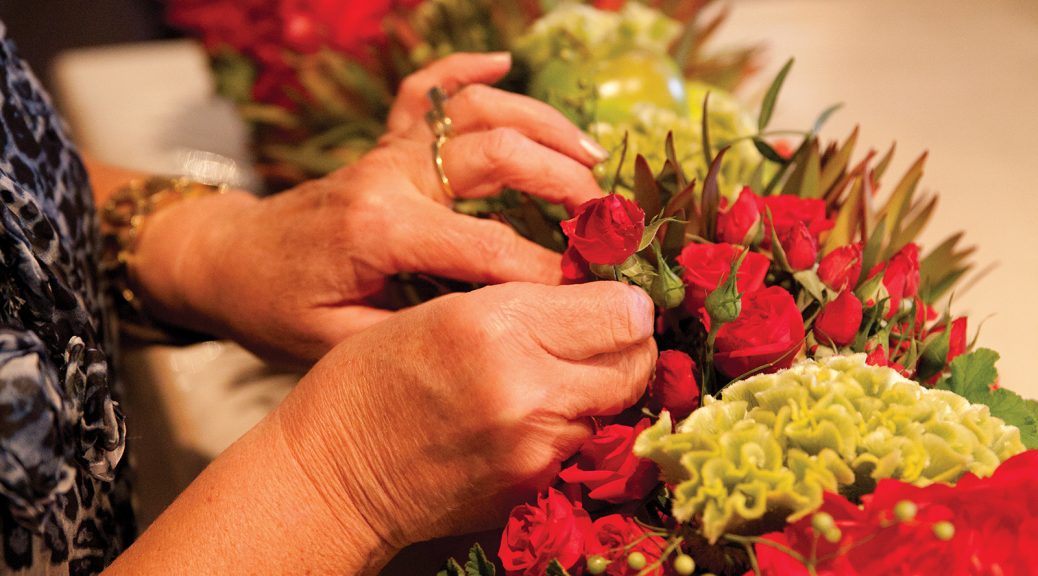 Searching for a change of pace from the bustle of Melbourne’s eastern suburbs Georgie and Gordon Campbell discovered a ramshackle cottage on about 22 acres in Tynong and set about transforming it into a fine country home. On approach, the homestead sits grandly at the end of the long driveway lined with plane trees, but it wasn’t always so. When the couple first purchased the small farm the cottage was half the size, completely run down and in need of major repair and updating.  Using his carpentry skills Gordon spent 18 months fixing and mending the old cottage. 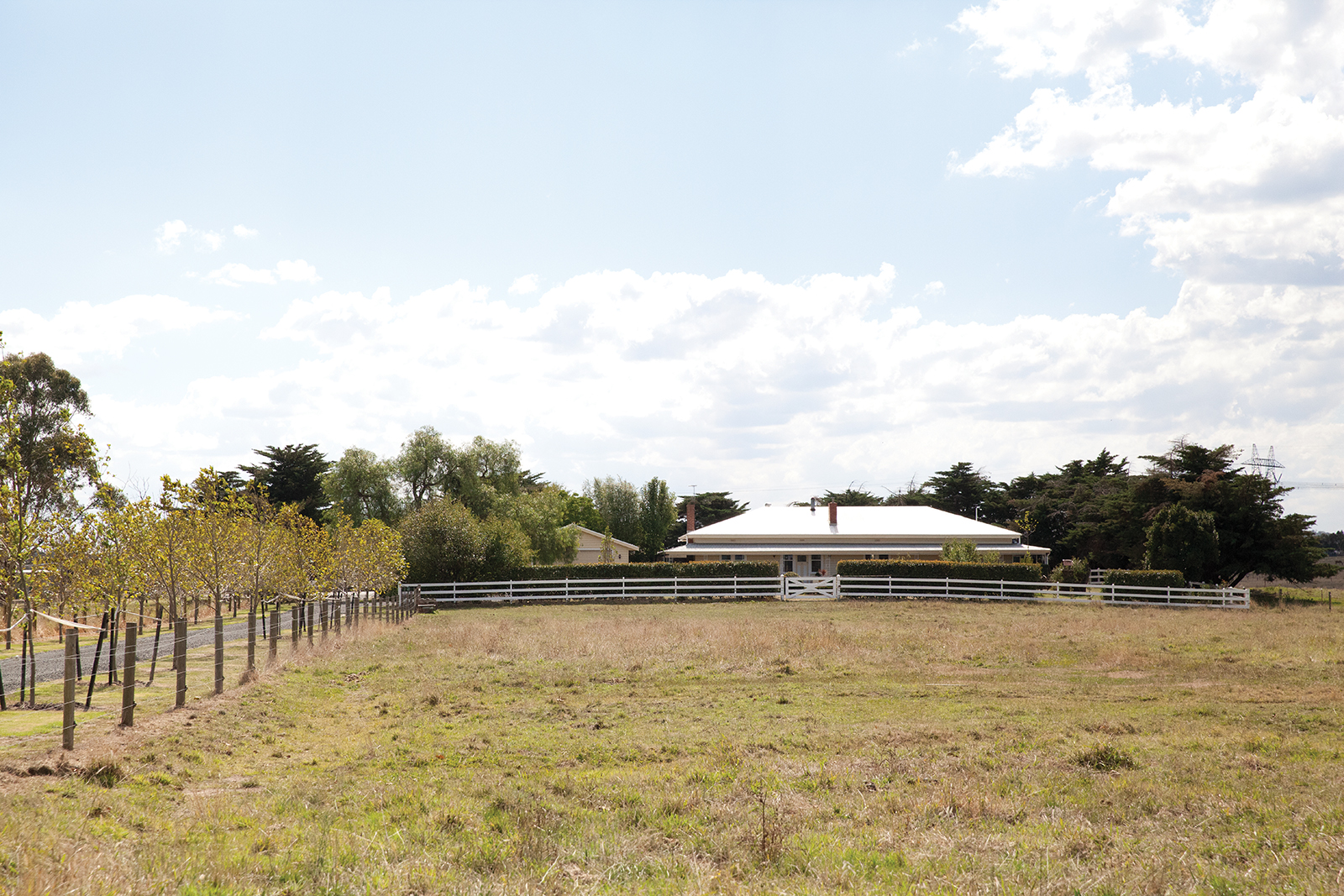 “The house was horrid,” said Georgie. “It all happened like a bit of an accident really. Gordon was in Sydney when I saw an ad in the Gazette for the cottage. I came to see it one weekend and I rang him and said,  “we have to have it.”” After settlement just a couple of months later the pair didn’t move in right away, instead they set to work cleaning up. “We couldn’t see out of the windows they were so grimey, and the curtains were brittle and fell away in your hand – it was awful. For a while I was covered in sugar soap and tar from cleaning the walls.”

But, true to her vision and creative spirit Georgie saw more than just what the run down cottage had to offer. “It really was a cute old thing.”

The cottage was built in 1937 and the couple extended it and reconfigured the interior to create a more open plan. The interior has an art deco theme with decorative, and high ceilings in the dining rooms and original internal doors and fittings. Georgie’s bedroom features a quaint open fire place and ornate leadlight windows. They extended the verandah and commissioned custom iron work  for the verandah facade. The open living and dining room is where the couple retreat to, to read or listen to music, and most meals are taken at the dining table. 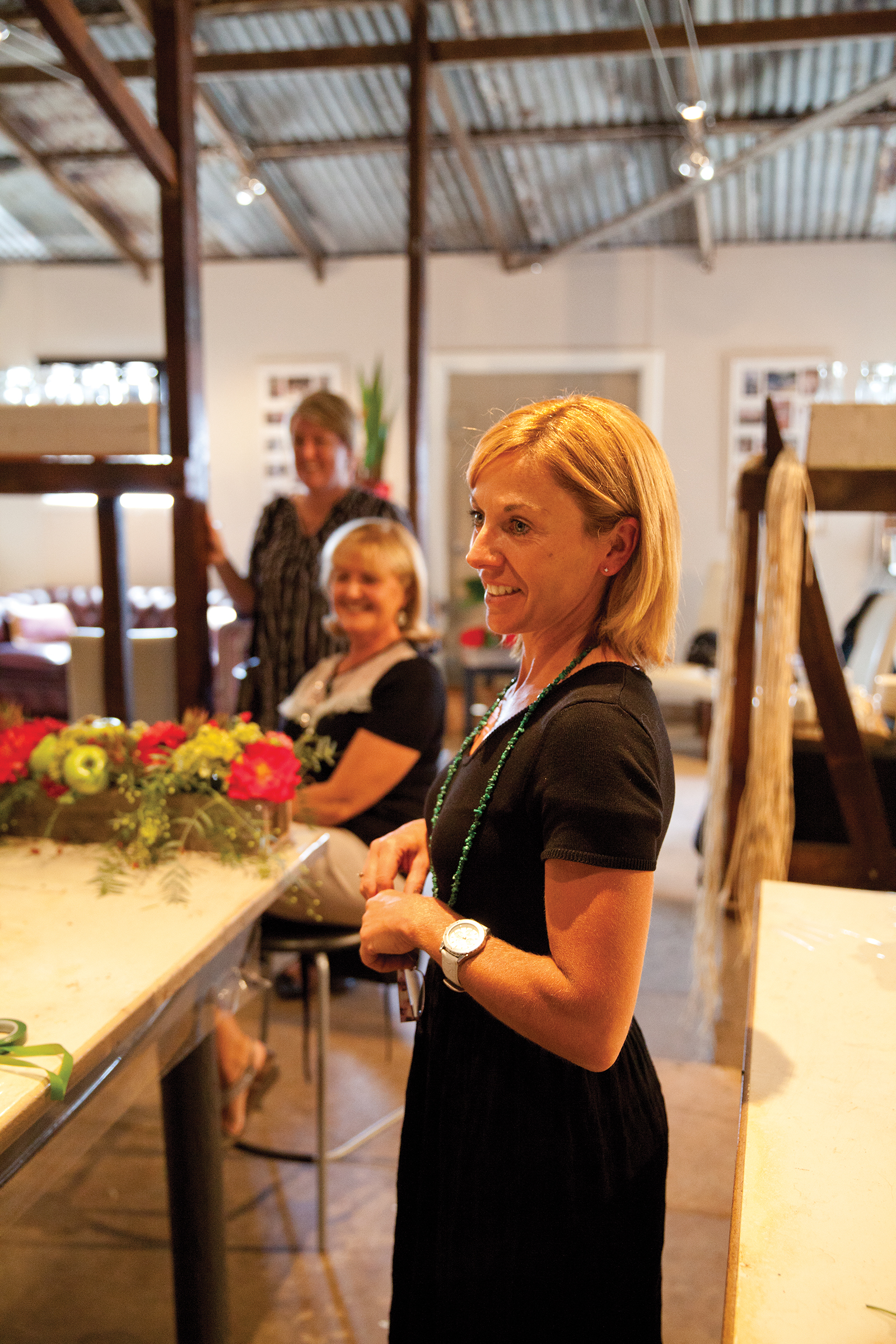 Georgie loves old things and sees beauty in their authenticity and history. A collection of her late father’s old handcrafted wooden tools sit together on a side table in the main living room. A beautifully crafted wood plane hangs on living room wall. A set of old painter’s trellises, gnarled and paint splattered were picked up for a song at a clearing sale and now await Georgie’s creative touch.

For Georgie all things design and styling have been her way of life.  Her stylistic eye has seen her craft a successful career in floristry. Before moving to Tynong for many years she ran Bloomsbury Flowers in Burke Rd Camberwell and after selling that business she has developed a different stream of floristry at the Tynong property. Today she hosts workshops and classes in the transformed dairy on the property.

On the day we visit Georgie is teaching a group of students to create a spectacular table setting with bright red dahlias and light green foliage within a base made from old fence palings that Georgie had made herself. A tiered serving platter is laden with handmade muffins as a special treat for her students and the general happy chatter gives a clue that the classes are just as much about the social side of things as they are about floristry techniques.

The restoration of the dairy was a feat in itself. Exposed beams, polished concrete floors and of course flowers and decorative floristry items fill the space replacing old wire, blackberries and holes in the walls in its original state. Just outside the dairy is an old rusty trailer. To some it would be junk but for Georgie it is the ideal container for flowering annuals.

It was Gordon who first suggested that she teach and it has become a rewarding way to express her creativity. “The classes have been the most fulfilling thing I have done. I’ve had some students who have been really unwell and have enjoyed working with nature at a difficult time in their life.”

Weddings take up every other weekend for Georgie and she travels as far as Euroa to the Mornington Peninsula. A milestone in her career was creating the floral art for the wedding of swimming superstar Giaan Rooney.

Georgie’s style reflects contemporary country chic, and also a slightly vintage aesthetic as she uses many things straight from her garden or around the farm. A section of the garden is devoted to growing foliage plants such as nandina, cineraria and peppercorns that she uses in her floral creations. As you’d expect there is always a vase and flowers inside the couple’s home. They aren’t necessarily grand affairs, perhaps just a simple glass bottle with a single bloom. Or decorative foliage to brighten a side table. “I like to teach people how they can walk out into their own garden and find something to use.” 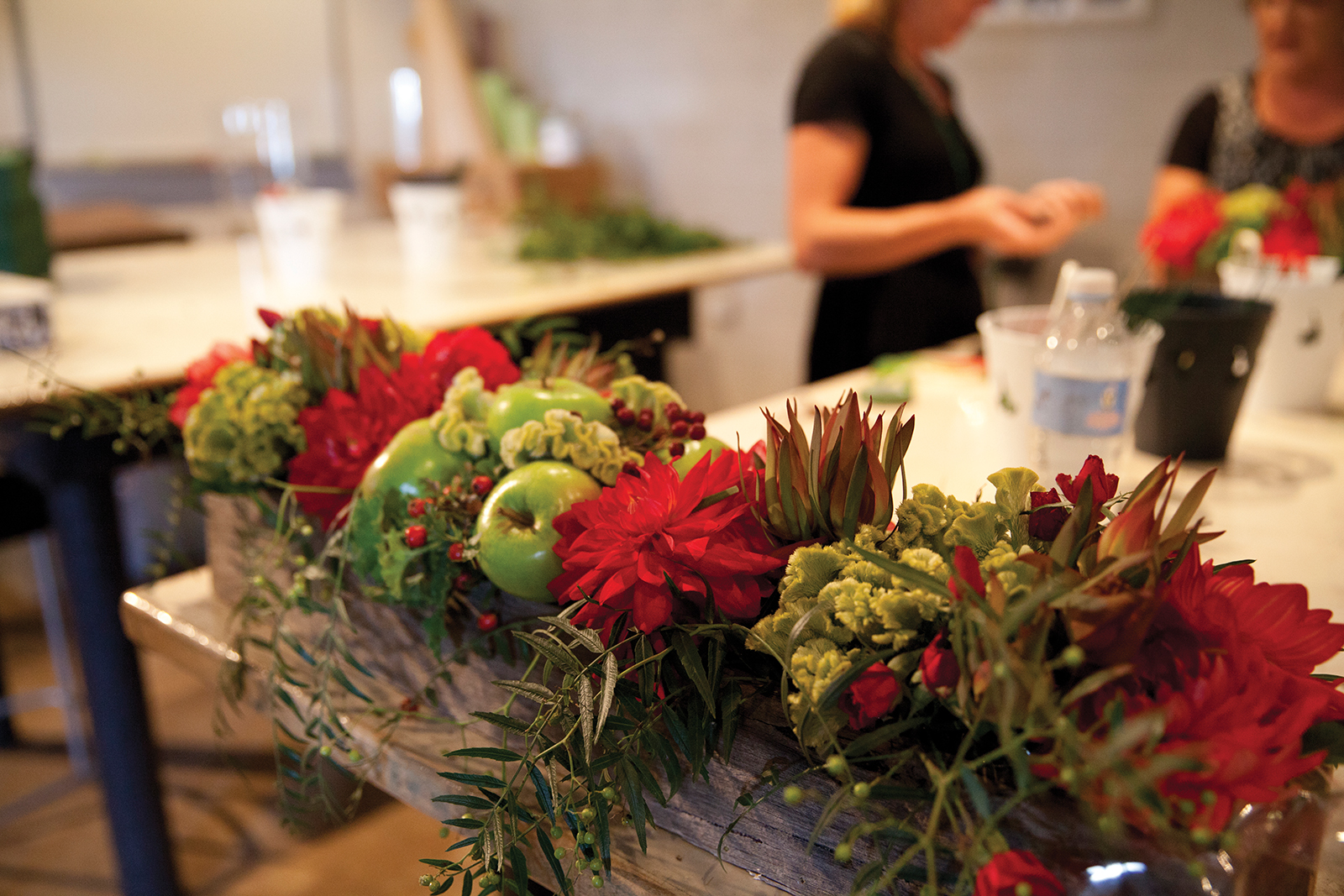 For Georgie floristry is an art. Her career developed under the tutorage of Master German florist Gerda Hartmann. Georgie began her floristry work with Gerda from within a humble shop in Waverley Gardens Shopping Centre. “She changed my whole view of floristry. She taught me so much. In Europe floristry is a serious and respected profession, and she taught me that way. I don’t think anyone will surpass German floristy as they treat floristy as a classic craft.”

The property was originally part of a 122 acre working farm. The old dairy, and a a lovely old handmade, redbrick water tank alongside the house are tributes to the past. Rather than knocking the old tank down, as many had suggested, Georgie has made it a feature.

The garden was bare apart from a few wayward blackberries and a  cypress hedgerow when Georgie and Gordon first arrived. And since, they have established large areas of lawn, planted numerous deciduous trees and a vegetable garden.

About three years ago the whole property flooded and water lapped right up to the home’s veranda. A large number of native trees the couple had planted were lost and the water damaged some of the hedging in the front garden. Hedging is used both front and back of the house and signal Georgie’s love for symmetry. “My eyes have got to be happy.” Weeping Celtic cascade, mulberry trees and crabapples fill the garden as well as rose and a large vegetable garden.

From a humble farm cottage to a fine country home Georgie and Gordon have ensured that will serve well into the future. “We really are just the caretakers, we are not going to be able to live here forever.”