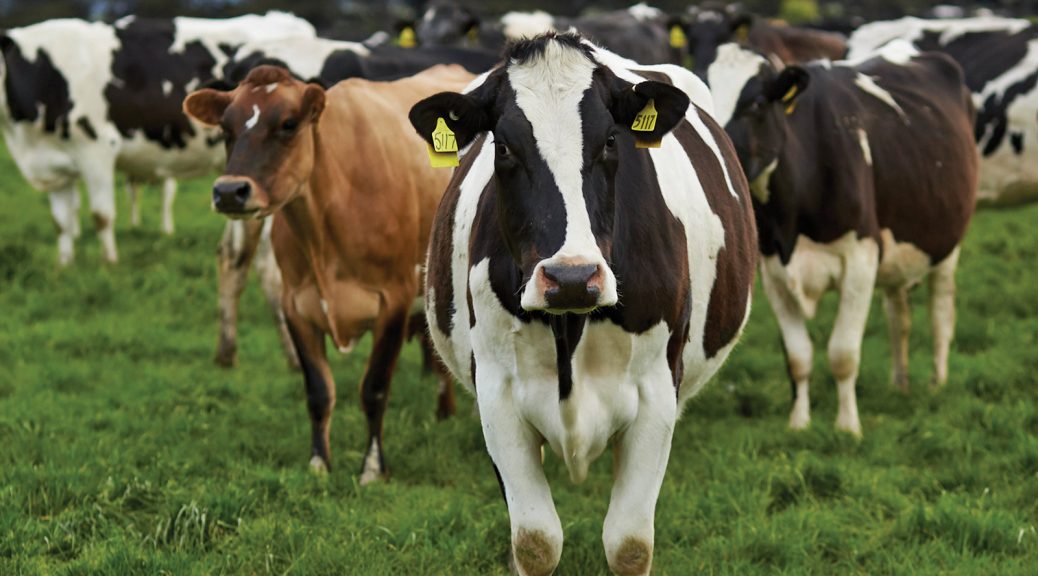 Award-winning cheese maker Ferial Zekiman of Maffra Cheese Company defies any preconceptions that you might have about cheese makers and their craft. Petite and quietly self-assured, this charming grandmother of four is a ‘hands on’ artisan who produces a unique range of English style regional handmade cheeses using traditional methods. A qualified pharmacist, who left behind a successful retail pharmacy business in Melbourne when she moved to Gippsland, Ferial turned to on farm cheese making when low milk prices and high interest rates reduced her farm’s long-term viability. 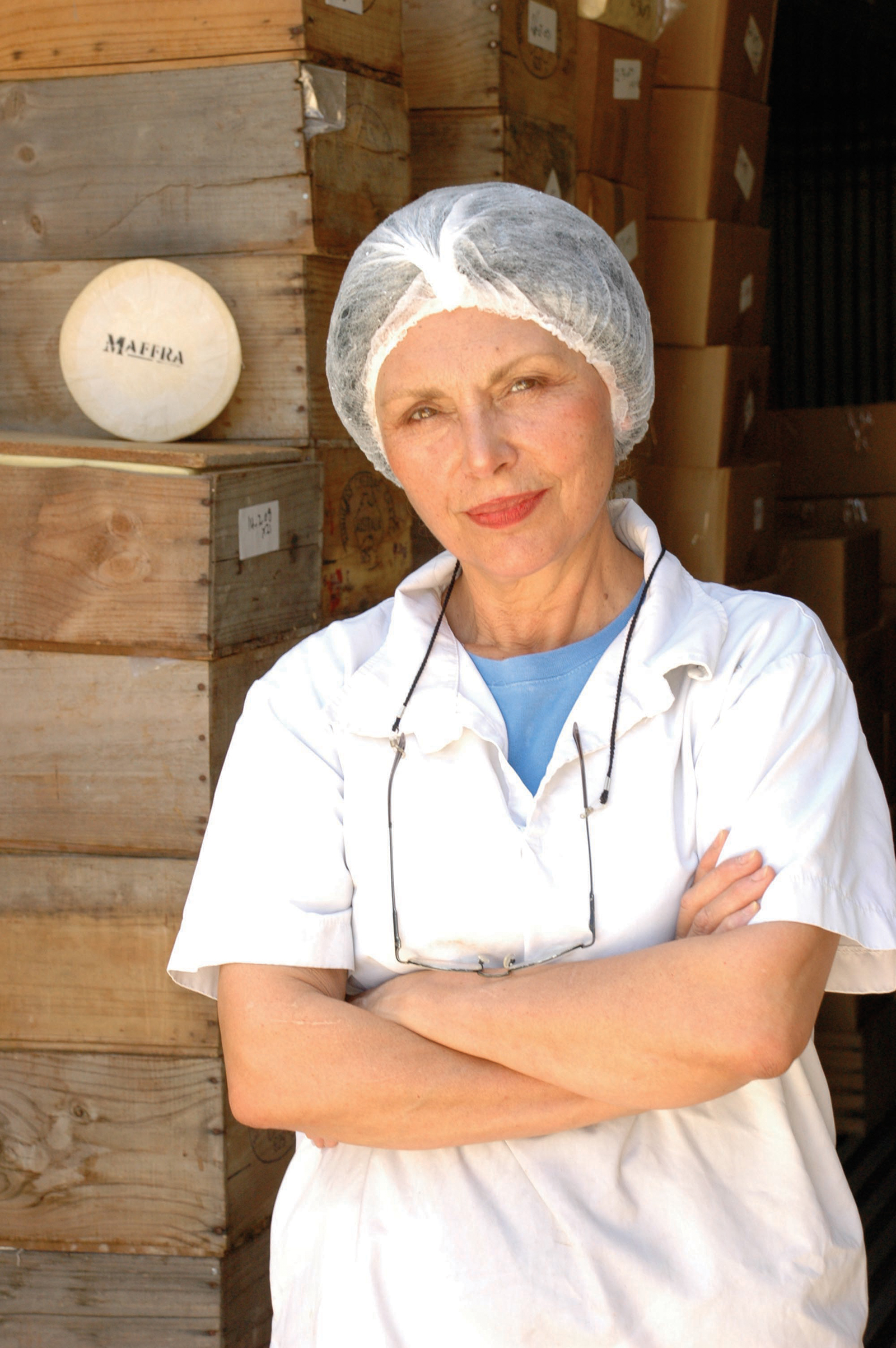 Initially she combined part-time pharmacy work in Traralgon with cheese-making at Tinamba but for the past three years she has worked full-time as a cheesemaker. However, Ferial was not unaccustomed to the world of cheese-making.

The craft was practised by her family long before she commenced cheesemaking at Maffra. In the 1930s Ferial’s grandmother, Eve, produced haloumi from goat’s and sheep’s milk, which she sold in the market place at Larnaca in Cyprus. Later, when she moved from Cyprus to be with her family in Australia, Eve shared her cheese-making experience with Ferial, using 20-litres of cow’s milk at a time to make small batches of haloumi on the kitchen stove. 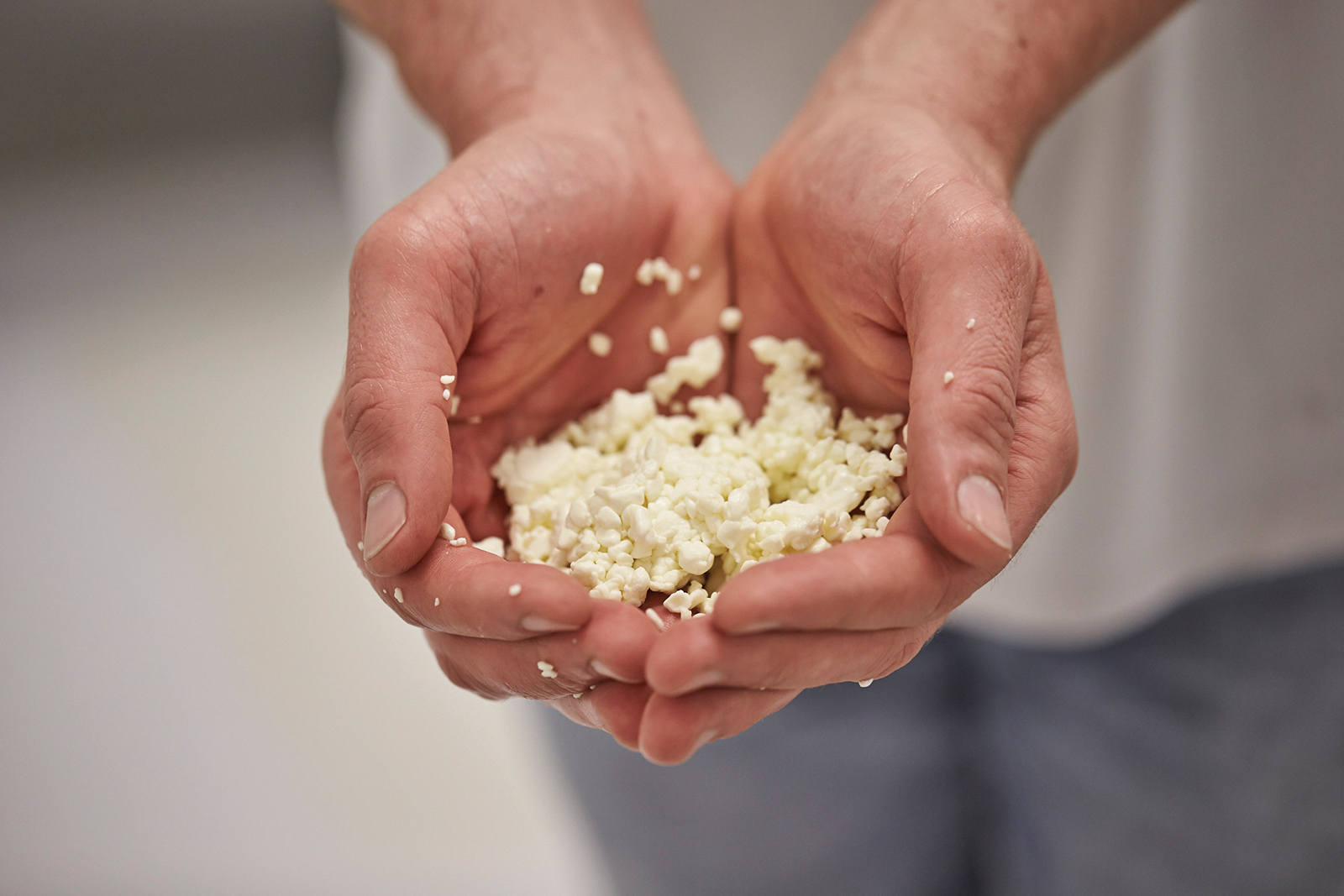 Located on a dairy farm in Tinamba, the Maffra Cheese Company uses fresh cow’s milk produced by the farm’s herd of ‘happy’ Holstein Friesian cows, which are not fed any animal or genetically modified feed to ensure the purest possible raw product. Additionally, Ferial eschews the traditional use of animal rennet, an enzyme extracted from the lining of the fourth stomach of young calves, lambs or kids, and instead uses a fermented enzyme, which ensures that Maffra Cheese is suitable for vegetarians. Ferial believes that Maffra Cheese owes it distinct characteristics in part to the climate, soil type and herbage found on the farm. And she distils the essence of cheese making into several ‘simple’ steps, ‘Cheese making is a way of preserving milk. The milk is preserved by increasing the acid content, removing moisture and adding salt. The end product – cheese – has a much longer life than milk’. 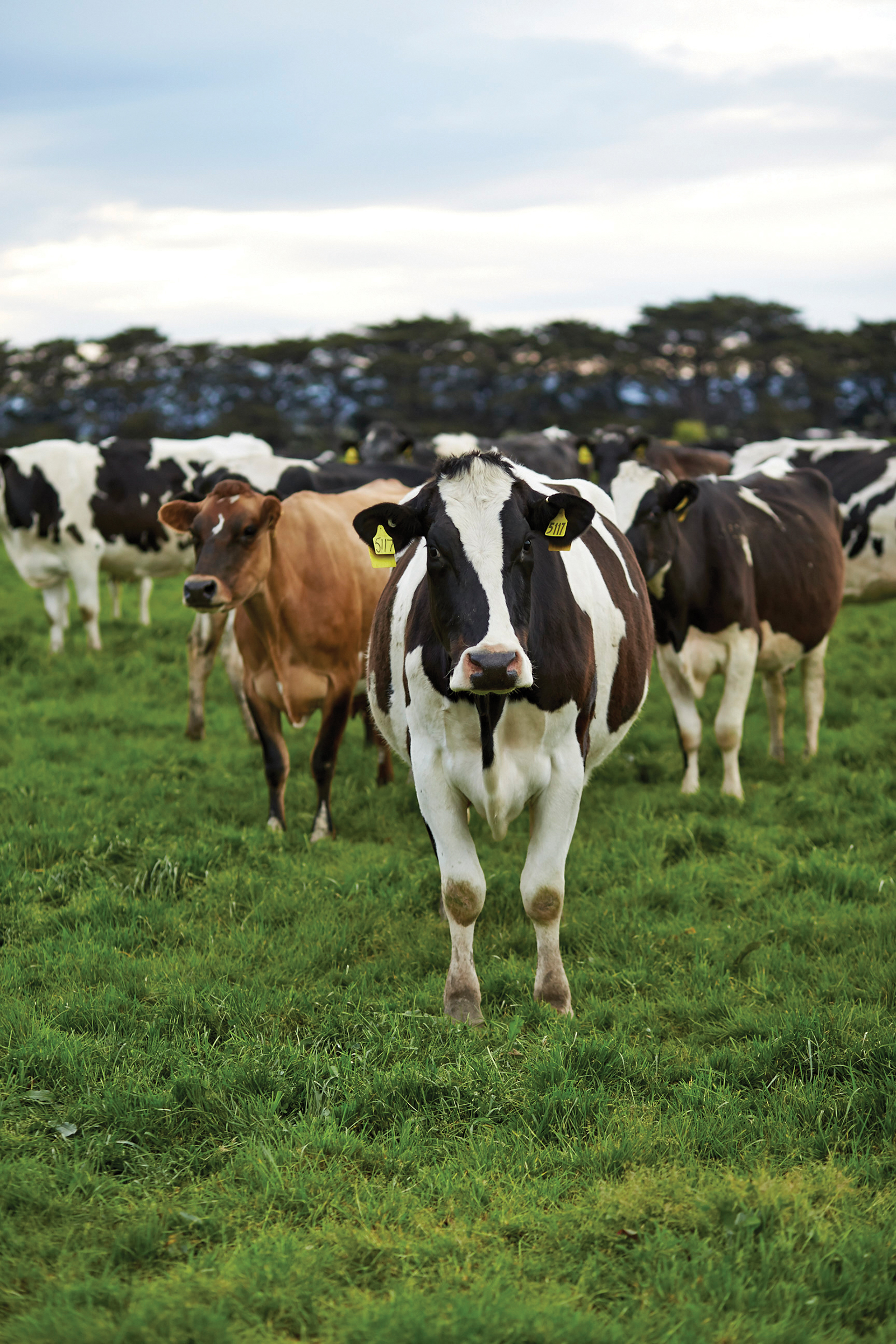 Clearly, there is a lot more to the art of cheese-making and lots of careful mixing, measuring and monitoring goes on before ‘the hard work’ of ‘hooping the curd’ begins at the end of the day. Hooping involves shovelling small bits of cheese into stainlesssteel moulds weighing 25 kg – 30 kg, which are pressed and left overnight to solidify and remove moisture. The next day the fully formed cheeses are removed from their moulds and placed in wooden boxes or clothed, ready for storing in the maturing room for up to two years. Maffra Cheese Company produces a range of different cheeses, all of them qualifying for the distinctive label ‘farmhouse cheese’ because they are all specialist cheeses made by hand on the farm,from milk produced on that farm, so that the cheese reflects the specific local character of one farm and one herd. The Maffra Cheese signature cheese is a gold medal Aged Rinded Cheddar. A classic moist-textured and slightly crumbly cheddar ripened under cloth and ideally aged for eighteen months to two years but depending on the season it is sometimes ready for the market after nine months of ripening.

Nothing like the mass-produced cheddar-type cheeses that most Australians grew-up with during the 1960s, Maffra cheddar is a ‘classic’ cheddar, rich in flavour and tasting just like a carefully matured cheese should.

Other cheeses in the Maffra Cheese range include the sharp flavoured and crumbly Maffra Cheshire, ideally suited to be the centrepiece of a hearty ploughman’s lunch, especially if partnered with a glass of Gippsland light red wine or a crisp chardonnay.Or for something quite different there’s Maffra Sage Derby, a firm cheese similar to cheddar with the enhanced flavour of crushed sageleaves, experienced at its best as a decadent breakfast delight, melted over toast with a poached egg.

A new addition to the Maffra Cheese range is a traditional-style cow’s milk cheese called Raclette. A semi-firm, salted cheese, Raclette is at its best when melted and scraped onto diner’s plates, especially if prepared Swiss-style and served with small firm potatoes and accompaniments including prosciutto, onion, mushrooms, sliced peppers, pears and tomato. Amid all this fromage blue cheese lovers are not forgotten and Maffra Cheese produces two styles of blue cheese, including the striking Maffra Glenmaggie Blue. Resembling a young Stilton, Maffra Glenmaggie Blue, which is named after the nearby Lake Glenmaggie, is a creamy textured blue vein cheese with a sharp bite.

And for a sweet finish there’s Maffra Dargo Walnut, a traditional Red Leicester cheese, infused with crushed walnuts. It’s an eye-catching dessert cheese, as the oil from the walnuts gradually permeates the curd, resulting in a striking marbled effect. Exhibiting a sweet, nutty flavour Maffra Dargo Walnut is the perfect partner to poached pears and a glass of chilled white wine. If all this whets your appetite for a taste of Maffra Cheese, it is readily available year-round from a range of selected outlets. The cheese factory at Tinamba is not open to the public but a nearby factory outlet is Wa-de-lock Cellar Door at 76 Tyers Street (Princes Highway), Stratford. Elsewhere you will find Maffra Cheese at farmers’ markets and provedores throughout Gippsland, including markets at Bairnsdale, Koonwarra and Warragul.

If you’re not about to visit Gippsland and live further afar, Maffra Cheese is sold at selected retail outlets in Melbourne, including Simon Johnson (Fitzroy and Toorak) and the Queen Victoria Market.