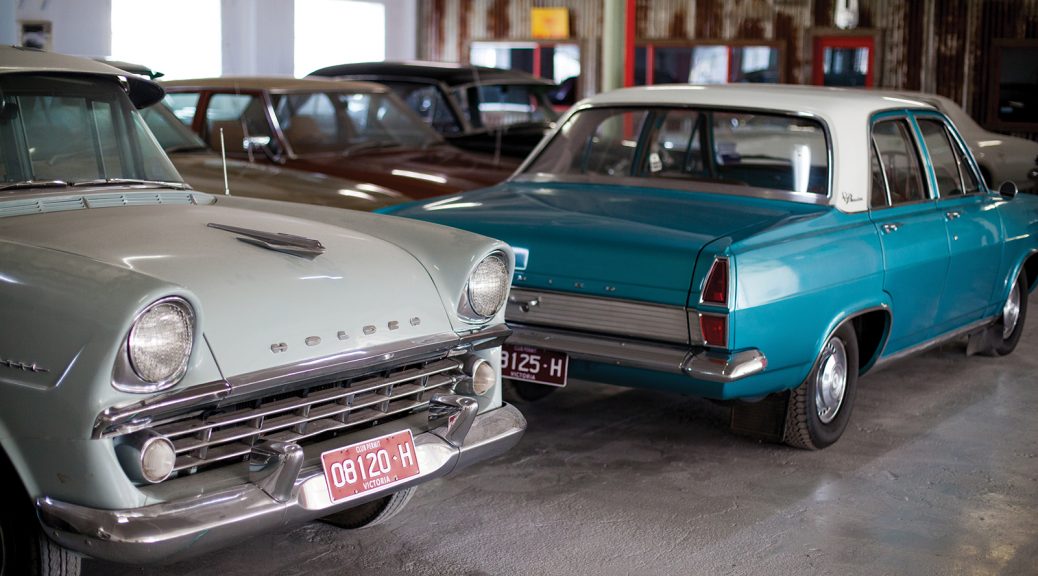 An exciting new museum will open in October that is sure to be a drawcard for lovers of Holden cars and history.

Did you know that the Holden company in the early part of last century made washing machines and refrigerators? At the soon to be opened Trafalgar Holden Museum you will get the chance to not only see over 20 restored Holden cars history lovers will be able to enjoy the full history of the Holden brand, including a horse drawn cart.

The official opening of the Trafalgar Holden Museum will be on October 18th. Part of the opening festivities will include a display of the maroon Holden Efijy which will be on loan to the museum for the opening.

The museum is located in Trafalgar, north of the Princes Highway within the wonderful old building that was once the Traf Tractors building, and before that the Peter’s Ice Cream Factory.

There will be about 20 cars on display and the committee are calling on other car owners to display their cars so that there will be a different display every few months.

The current collection is owned by local Neil Joiner who had always dreamed of putting his collection on display. Behind the scenes of the museum is a dedicated band of volunteers, who are friends and combine their love for old cars and restoration.

Neil is particularly interested in Holden cars but also has a fine collection of other historical Holden items that will also be on display. There is a saddle, toy car and golf clubs all made under the Holden brand.  His collection began about 15 years ago, “Every time one of our children got married we had to get a new car for the bridal party,” joked Neil.

He currently has an Oldsmobile being restored for the museum and according to Neil it is the only one of its kind in Australia.

The group plan to have a special room within the museum devoted to utes and another space will be used by school groups and other organisations to learn about the history of car manufacturing. There will also be a room dedicated to HSV and motorsport cars.

The museum will be open on weekends and public holidays, and at other times by appointment. The planning for a café and shop is also underway.