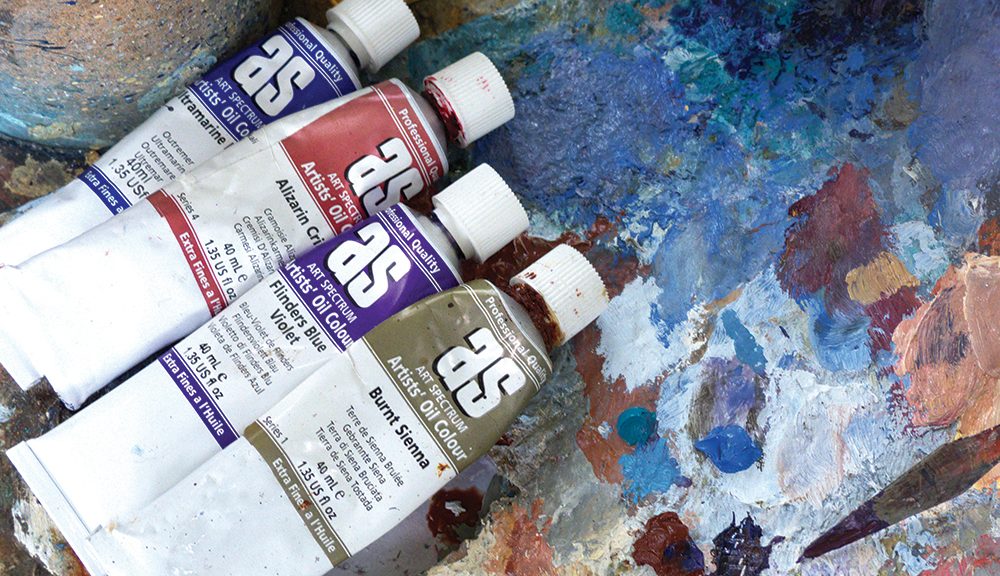 For award-winning, well-travelled and community minded artist Warren Curry, painting nostalgic buildings and related architecture on canvas is a passion. “I love architectural subjects,” said Warren, standing in front of partner Marie Farrow’s grand piano in his classically decorated Port Albert home. “Because part of my thing in helping preserve them is not only painting them but also hoping that other people appreciate the buildings and the architecture, and maybe even save one or two.” 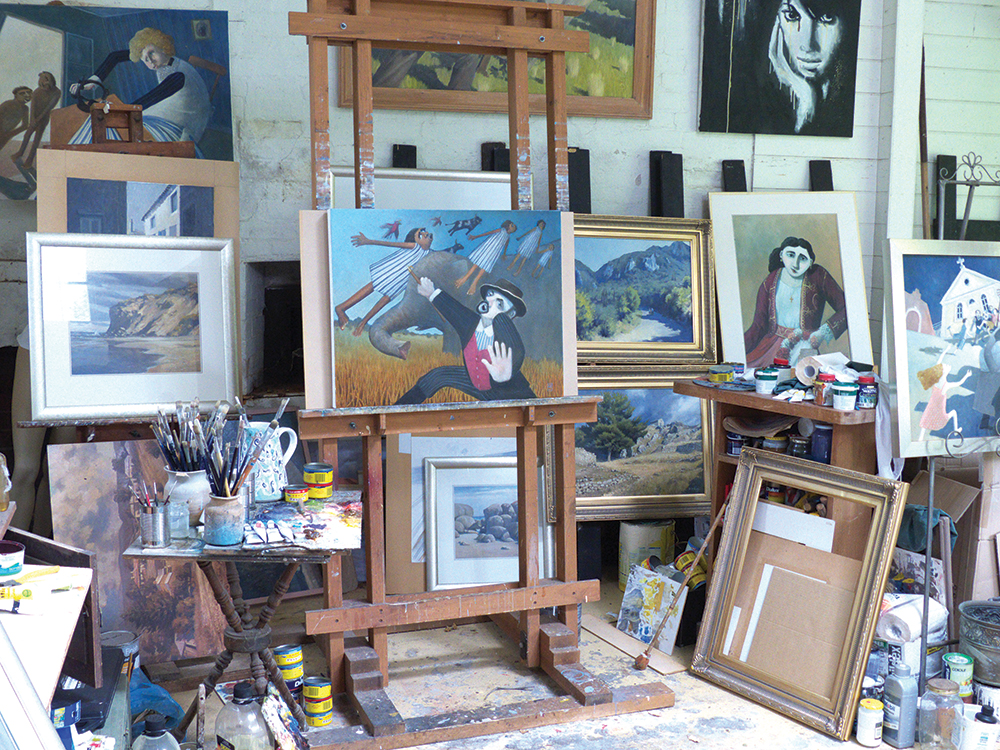 In fact, much of Warren’s artwork used to incorporate signatory dark skies. “It was always a threatening element. I felt that these buildings are just there existing. How long are they going to be there for?”

It seems fitting that Warren created his Port Albert art studio, gallery and home at a mid-19th century-built bakery and general store, which he acquired in the early ’70s. While the building’s walls could probably talk (after being a bakery it served as a residence, and a light shop when power first came to the town), it wasn’t until adulthood that this Yarram-born artist developed a profound appreciation for history and Port Albert. Since moving there, he’s painted this peaceful and rather untainted fishing village from almost every angle. 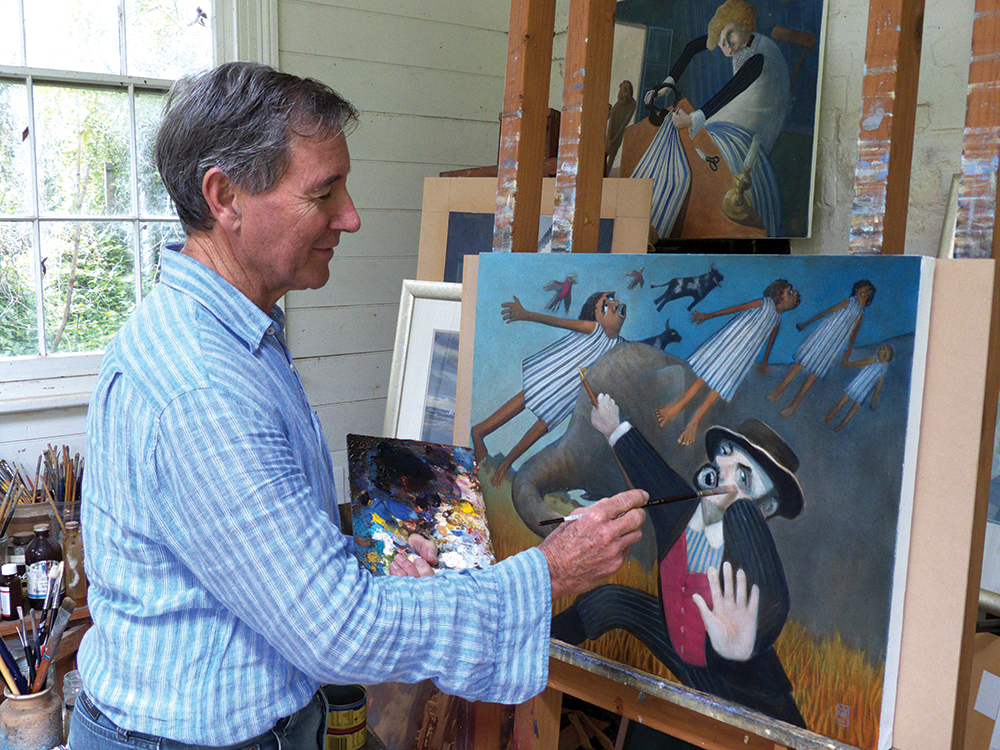 Although drawing and art were always his favourite school subjects, being an artist in the 1960s, especially in a country town, was relatively unheard of. After finishing school, he worked in a ‘stable’ local government role with the then-Shire of Alberton. With an urge to paint, Warren attended evening classes at Sale, an era where everyone embraced freedom of expression on large canvasses. But Warren wanted to master the “nuts and bolts”. Taking extended leave from his full-time council job, he paid his way to London and enrolled at the prominent Chelsea School of Arts. “I went there, and what were they doing? Exactly the same thing, big canvasses and expressionist work.”

Instead, Warren studied at London’s Byam Shaw School of Art and the City and Guilds of London Art School. During a summer break, he and a couple of fellow art students bought a London ambulance and drove through Europe. It was also the first time he visited the Greek isle of Corfu. 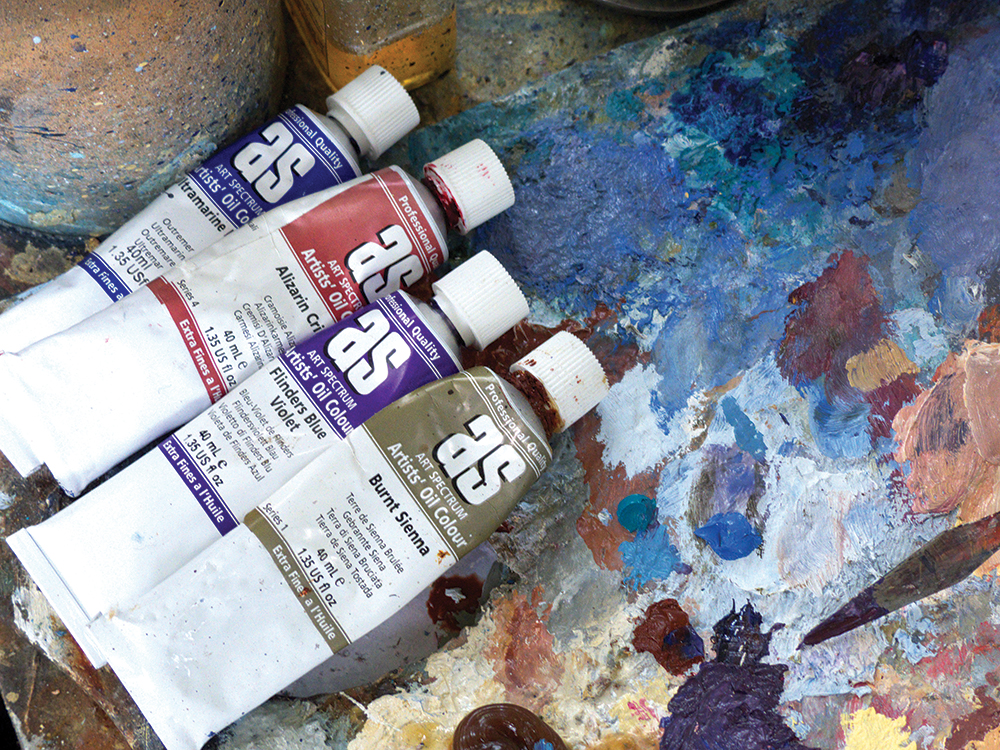 After completing his academic studies, Warren returned to Gippsland. He continued to paint a mix of portraiture and historic buildings, the latter becoming his specialty. His first solo exhibition, held at Sale, was a huge success, selling 64 out of 65 paintings. Shortly afterwards, he purchased the old Port Albert bakery, with the shopfront becoming the gallery and the light-filled bakery out back, with intact ovens, his studio.

Taking up full-time painting in the latter part of the 1970s, Warren realised he couldn’t stay in Port Albert, so he moved to Melbourne. He still retained the Port Albert property.

Embracing the halcyon days, Warren won numerous art shows and competitions. Winning the Camberwell Rotary Travel Study Grant in 1981 was the clincher. He then spent a year overseas, including London, Paris and Corfu.

Describing Corfu as a “jewel in the crown”, it was almost 17 years before Warren returned. “I didn’t get back there until 1998, and that was the year things changed. I stopped in this little village of Pelekas, and I painted that whole summer. And I thought, ‘Wow’.”

Thinking it an idyllic place, the following year he bought an old house on a hill there, and began running his annual art tours. Since then, Warren heads to Corfu during Victoria’s bracing winter for at least three months each year. With old places tending to follow him around the world, he’s gradually restored the house, while ardent piano player and partner of five years Marie has been helping establish the garden. Classic-style refurbishments are something that Warren is accustomed to, having achieved this at his harmoniously extended Port Albert home.

As well as his traditional oil painting style, Warren does figurative work, something he started doing as a young adult. Nowadays he tends to focus on this style in Greece. “I enjoy the figurative work so much over there because when you arrive it’s a bit like being in a voyeur,” he explained. “There are these religious ceremonies, things which they take for granted as their everyday life in the village.”

Warren’s parallel styles provide a fulfilling balance. “You don’t get stale at one or the other because you are moving between the two,” he said. “I still get satisfaction from traditional art. I still like the buildings and the drama. Buildings are like people, they have a personality and a history. I love the wonderful texture of walls … and that weathered material that makes up these old buildings.”

As to the figurative style, he explained, “You can actually stylise and put figures in a way you want them … that actually fits into the composition. I’m not bound by lineal perspective and it’s almost like a narrative in recording what was happening.”

Warren draws similarities between his two beloved seaside villages, Port Albert and Pelekas. Most notable are their small-sized populations and genuinely supportive communities. “There’s no one trying to be something they’re not because they soon get found out,” he said. “Everyone knows everyone else’s business, which is probably a good thing and a bad thing in some respects but nonetheless they are very supportive.”

That said, Warren is very community minded in Port Albert. He’s a prior secretary of the historical society and a past president of the region’s preservation group. Having a hand in the establishment of the Gippsland Regional Maritime Museum, he was the one who convinced the council to buy the 1861 Bank of Victoria building and restore it. Warren’s also been with the fire brigade for 40 years and was captain for 23 of those. These days he’s a group officer, which is even more time-consuming. That’s where Pelekas provides a welcome reprieve.

“What I love looking forward to is spending more time over there painting as I find I have less distractions,” he said. “Over there in summer is wonderful, I can paint all night if I want to and sort of get up any time and just work to my own timetable.”

Warren’s pieces sell worldwide. His works have appeared in Australian and international corporate boardrooms, and his Walhalla depiction was published on a telephone book. Multi-millionaire Lord Vestey purchased a piece for a London gallery, and in Corfu, Warren was commissioned to paint for the eminent Bulgari jewellery family, who have villas on the island. Given how well he captures the essence of village life in Corfu, he was also invited by the municipality to hold an exhibition at the Palace of St Michael and St George.

Indeed, creativity extends to Warren’s children. Son Trenton became involved in music and daughter Alexis enjoys painting, including her self-portrait, a piece that currently hangs in Warren’s studio. But last year tragedy struck and Warren had to cut short his Corfu trip. Sadly, Trenton passed away.

Grateful for the life he leads, Warren continues to create and share his artwork, be it in Gippsland’s Port Albert or on the Greek isle of Corfu. 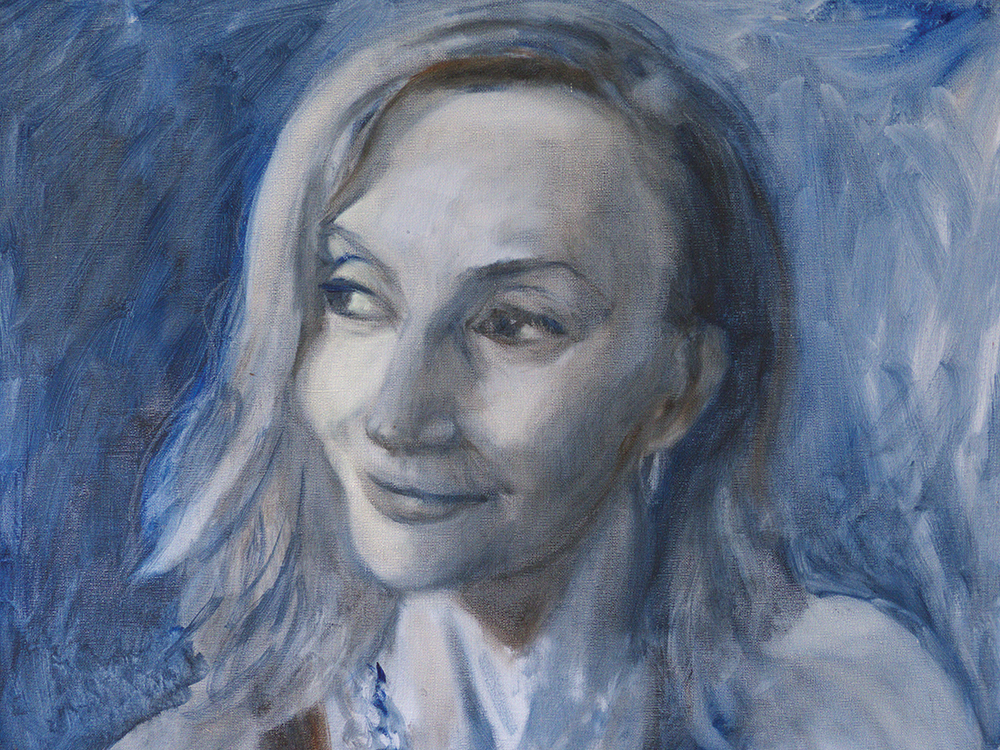 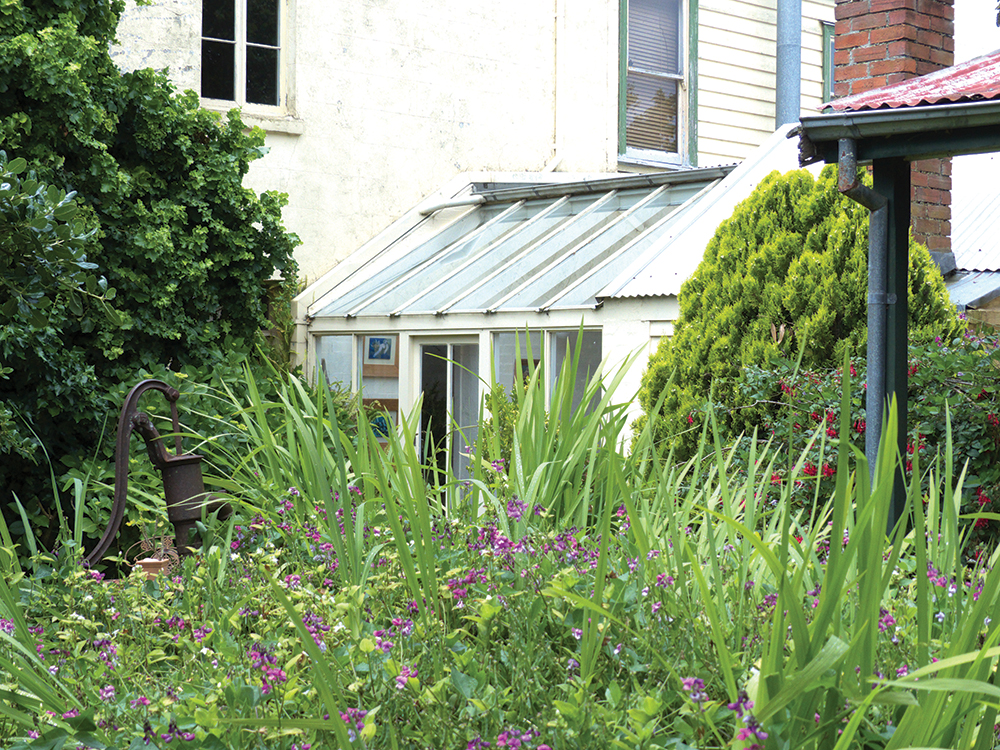