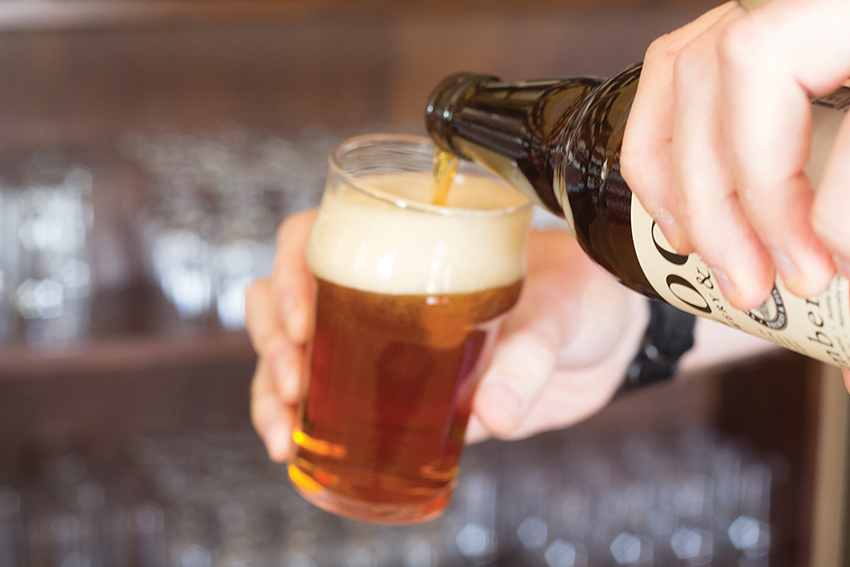 A young family has  ‘upped sticks’ from Thornbury in Melbourne to follow their dream of creating true brew and spirits from within the beautiful old bank building in Loch village, South Gippsland. After spending six years planning around the kitchen table Craig Johnson and Mel Davies left behind their city lifestyle to fulfil their dream of living in the country and handcrafting spirits and beer.

“Mel’s family are fourth-generation farmers and we came down to the area often to visit her mum. For years we talked and talked about it – about what we wanted to do. We were always looking at properties in the district and when this came up all of our ideas came into place,” Craig said.

The former ANZ bank building in the heart of Loch village has had many lives. It was originally the bank, an antique store and at one stage was a shop full of fairies. Today the interior has been rejuvenated to accommodate the stills the couple use for making their distinctive gin and, more recently, whiskey. The bank vault stores the various spices to make the gin and a gathering of tables around the stills means visitors can enjoy a drink sitting next to where the spirits are distilled. 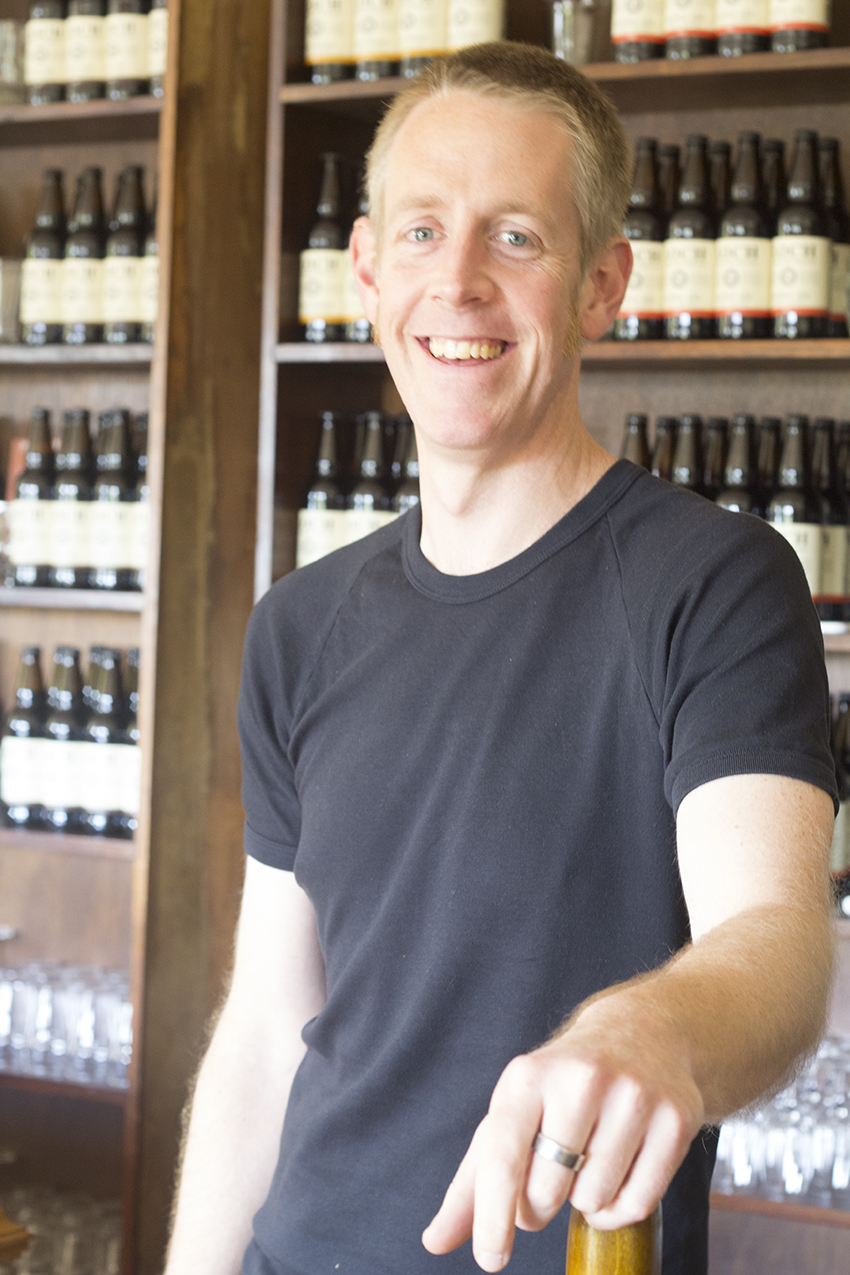 The couple’s passion for distilling and brewing began about 15 years ago when a work colleague introduced Craig to “real” single malt whiskey. “He gave me a list of different malts to try. Mel and I just sat there and thought ‘this is pretty good.’ We started exploring different types of single malt from different regions, and then I had an opportunity to go and learn how to make whiskey. As a lover of single malt whiskey it was too good an opportunity to miss. The moment I saw the spirit come out of the still, I was hooked.  I thought, I don’t know how but somehow I’ve got to do this.”

One of the big things that Craig took away from his course was that,  yes, they could make the whiskey but they could also make beer. “Because it all comes from the same base – malted barley. So from there we started brewing, just on a small scale on the back deck of our home in Thornbury. They were just small, 20-litre batches of all grain, so exactly the same principles of what we do now, but it was scaled down.”

“At that stage I was milling 5kgs of grain by hand. Every week we tried different malts, flavours and hops. We were honing our craft for whiskey. Then at some point after brewing beer for a good year or two we started to think that the beer was pretty good. The two are so intrinsically linked in terms of the process we thought why not combine the two and create an active brewery.” 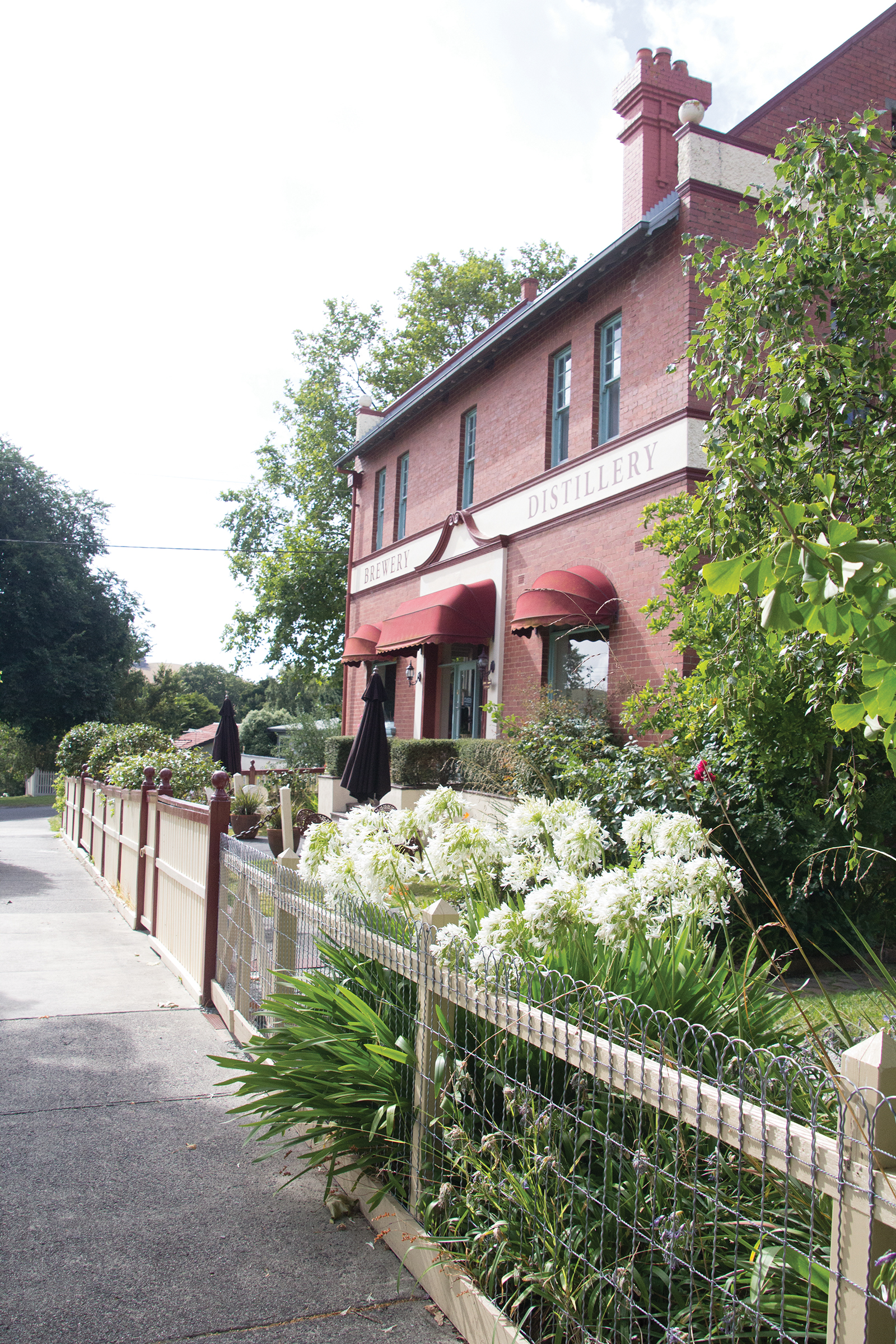 While they honed their skills they continued to talk and dream of making the move to the country and building a business.

When the former bank building became available they took their opportunity and haven’t looked back. The former butcher’s shop next door to the two-storey building was renovated to store the brewing equipment. Between the two is an elegant garden where visitors can enjoy a pint or two on large timber tables.

“Loch has the romance of the village and this beautiful building. We are in one of the most picturesque parts of Gippsland. It all just came together.”

In June 2014 the pair opened the doors to the public who have so far enjoyed the traditionally crafted ales.

“We are looking back in a lot of ways. We designed the brewery based on English breweries.  We are more traditional in that the ales are made with the old-fashioned hops varieties. These days many brewers are going with new world hops with citrus aromas and flavours.” 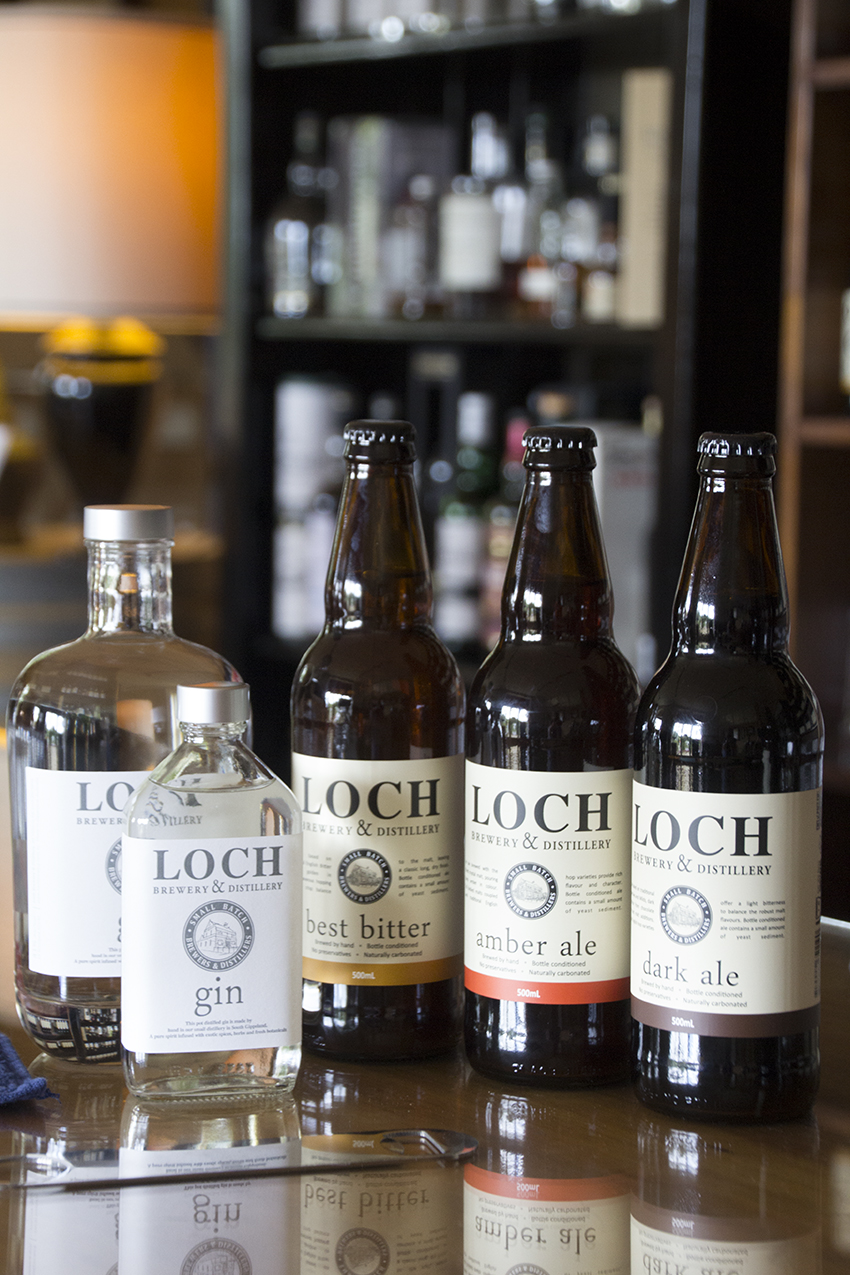 “It is like the old-fashioned brewery that would have been in country homes. We are just using modern equipment. Why over-complicate it, if you don’t need to brew any other way? It’s a really simple old-fashioned system.”

Craig commissioned a local Leongatha company which makes equipment for the dairy industry to make the stainless steel brewing equipment.  “I took some very rudimentary drawings up to them and said what do you reckon.” The company made the equipment using locally sourced timbers around the vats.  The copper stills used for the whiskey and gin were handmade in Portugal to a high and beautiful standard.

“Because we are not just a brewery we want to show the link between the ales and the whiskey. To allow the malts in the beers to stand out a little bit more and be balanced with the hops.”

The flavours from the Loch Brewery are very much traditional which has resonated with the many European and UK visitors who have enjoyed the traditional take on ales that have been around for a very long time.

Craig and Mel are hands-on in the brewing process and are involved at every step. “We are able to maintain the quality and control by doing that.”

They are currently doing about three brews a month and brew based on demand. “It takes about a month which is quite slow compared to bigger brewers.  We don’t release a beer until it is ready to drink.  The commercial breweries pasteurise the beer, then they inject carbon dioxide and it is ready to go from day one. But we ferment for a week, cool it for a week, bottle it, and then it takes about two weeks to develop and condition the flavours.”

In February the couple started making their first batch of whiskey. Handmade and left to mature the exclusive bottles will be ready in a couple of years.

Loch Brewery and distillery is open Friday, Saturday and Sunday from 10am.