The historic former Mardan State School has been given new life through extensive renovations and plenty of love by a former student. The MARDAN STATE SCHOOL (Victorian School number 2156) site was established in 1884 to serve the fledgling rural communities of Mardan and Mirboo North. Today it is owned by Garth and Deni Lisle. Garth attended the school with his siblings in the 1950s. Restoring and owning the former school is just as much about the personal connection as it is about a commitment to maintaining part of Gippsland’s heritage. 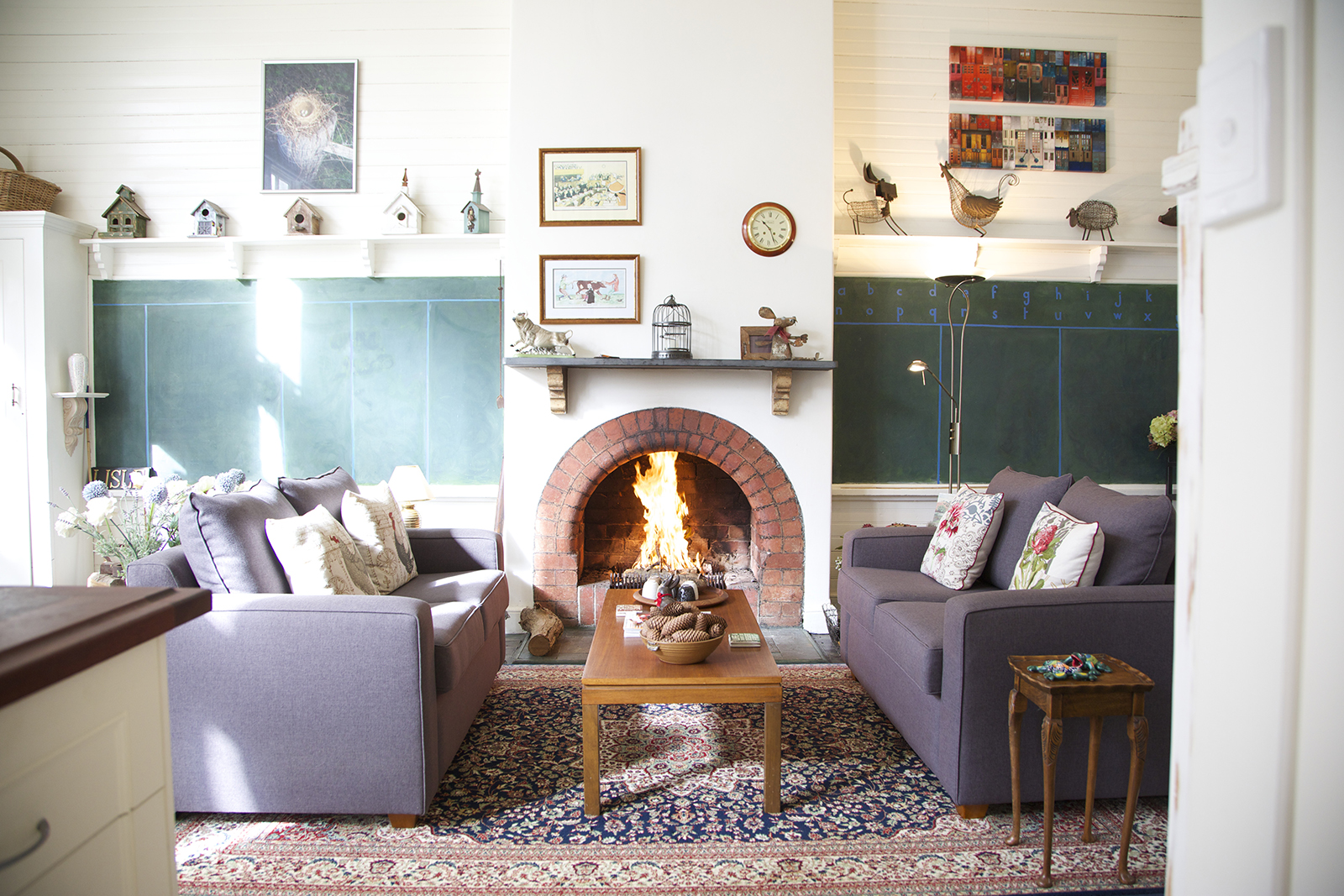 “All too often beautiful old buildings are demolished or ruined and Garth and I believe that it is so important to preserve a part of our history and heritage, and this is why we were initially attracted to the property. It is architecturally unique, aesthetically pleasing and very, very liveable,” said Deni.

Within 25 years of the school opening, the local farming population had increased to such a size that the original 1884 building was deemed by the Department of Public Works to be inadequate to cater to the needs of the growing number of primary school-aged children in the area, and in 1909 a new, “state of the art” building was established.

Like many early government schools, the Mardan State School was closed in 1969, and subsequently purchased as a rural camp site by Canterbury Girls School. Then in 1997 the school was re-sold into private ownership and became a private home.

This latter period in the school’s history saw extensive renovations commence to the existing 1909 school-house. In 2002 major works began, with the old roof and timber stumps being replaced, the building was then completely re wired, re plumbed, freshly painted inside and out, two water tanks with a 15,000 gallon capacity were installed and the various old dormitories and ablution blocks from its camp site days were demolished.

Then in 2012 the current owners Garth and Deni Lisle completed the final property upgrade. 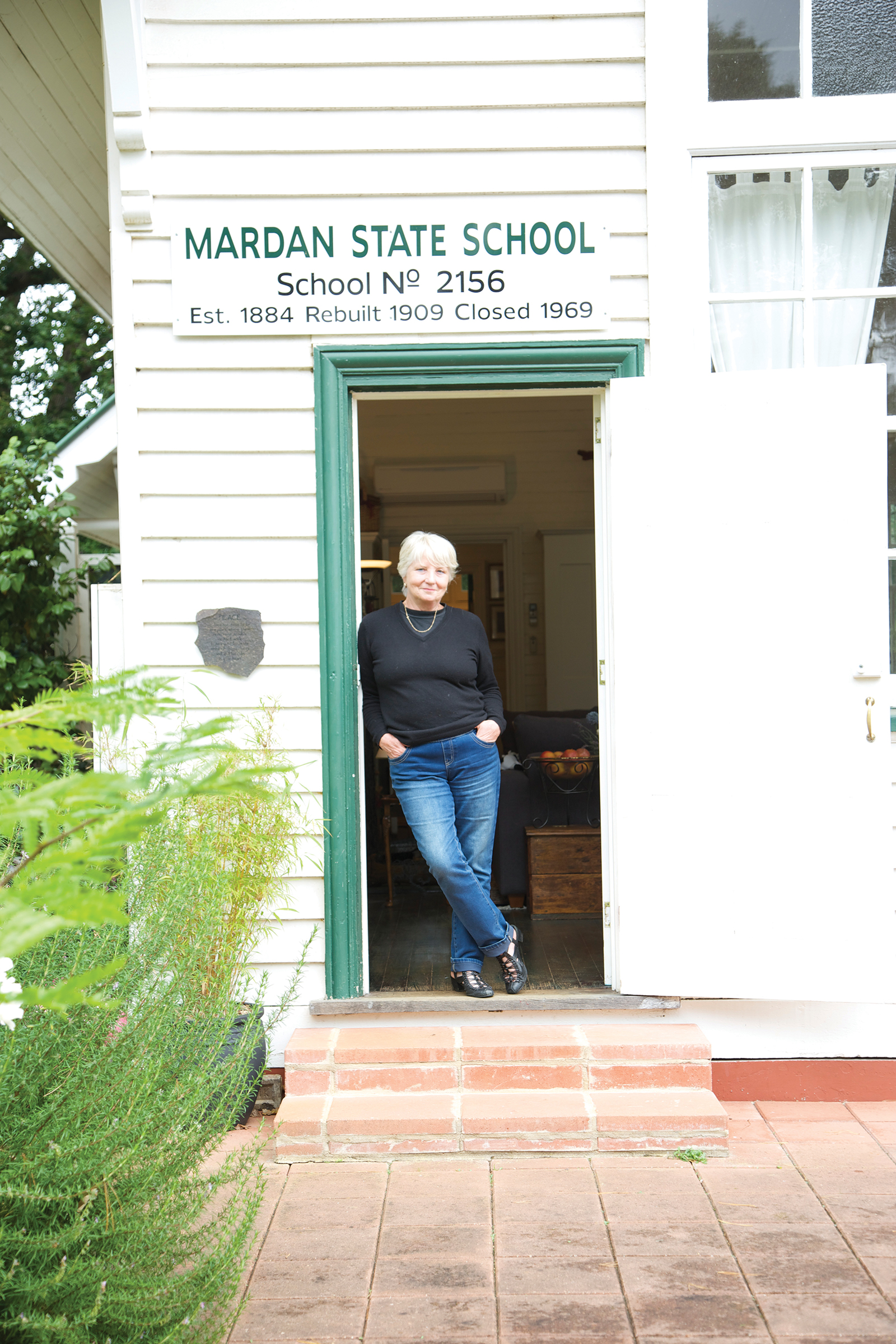 “Today, the teacher’s office has become our modern bathroom, the entry vestibule, where we hung our bags and coats, now hides a French laundry and there is a guest’s bed concealed within one of the teacher’s cupboards. And on the mezzanine level, and overlooking the central living space, is our loft bedroom which has artisan- carved wood turnings from a century-old Cedar which grew on the property.”

Set on two acres of land and surrounded by picturesque farmland, the near level site features century-old cedars, pines, oaks and blackwoods planted by past students to commemorate various Arbor days. The Lisle’s recently commissioned a professional arborist to

prune, sculpt and invigorate these mature specimens to prolong their life. They also planted many aspen, ornamental pears, Gleditsias, London Planes and roses for autumn colour and seasonal interest. Throughout the two acres, thousands of bulbs have naturalised over time and give a dazzling display of spring colour under the mature oaks and blackwoods.

Garth Lisle is a former student at the school with his siblings back in the mid 1950’s and he can remember many aspects of his early schooling and indeed the teacher at that time Mr. Daryl Middleton.

Garth remembers “I was a boy of about 10 or 11 and the Scouting movement was becoming popular with many primary-school students and so the 1st Dumbalk Mardan Boy Scout Group was established on the 1st April 1957, with several of my classmates joining in. I still have my 1957 scout certificate proudly displayed on the wall of my old school”.