Advocate for ‘real food’ Tamsin Carvan is inviting guests to share in her bounty and the glorious surrounds of her 113 acre farm in Poowong East where abundance is celebrated and not just expected. Sharing the food she grows and the animals she raises has become a life’s passion for Tamsin.

A year ago Tamsin established Eye and Leaf where the farm and kitchen is opened for seasonal lunches. During a typical visit guests can help to milk one of the cows, feed the pigs and hand feed the lambs, harvest what they like from the garden and then take it all inside to create a meal. 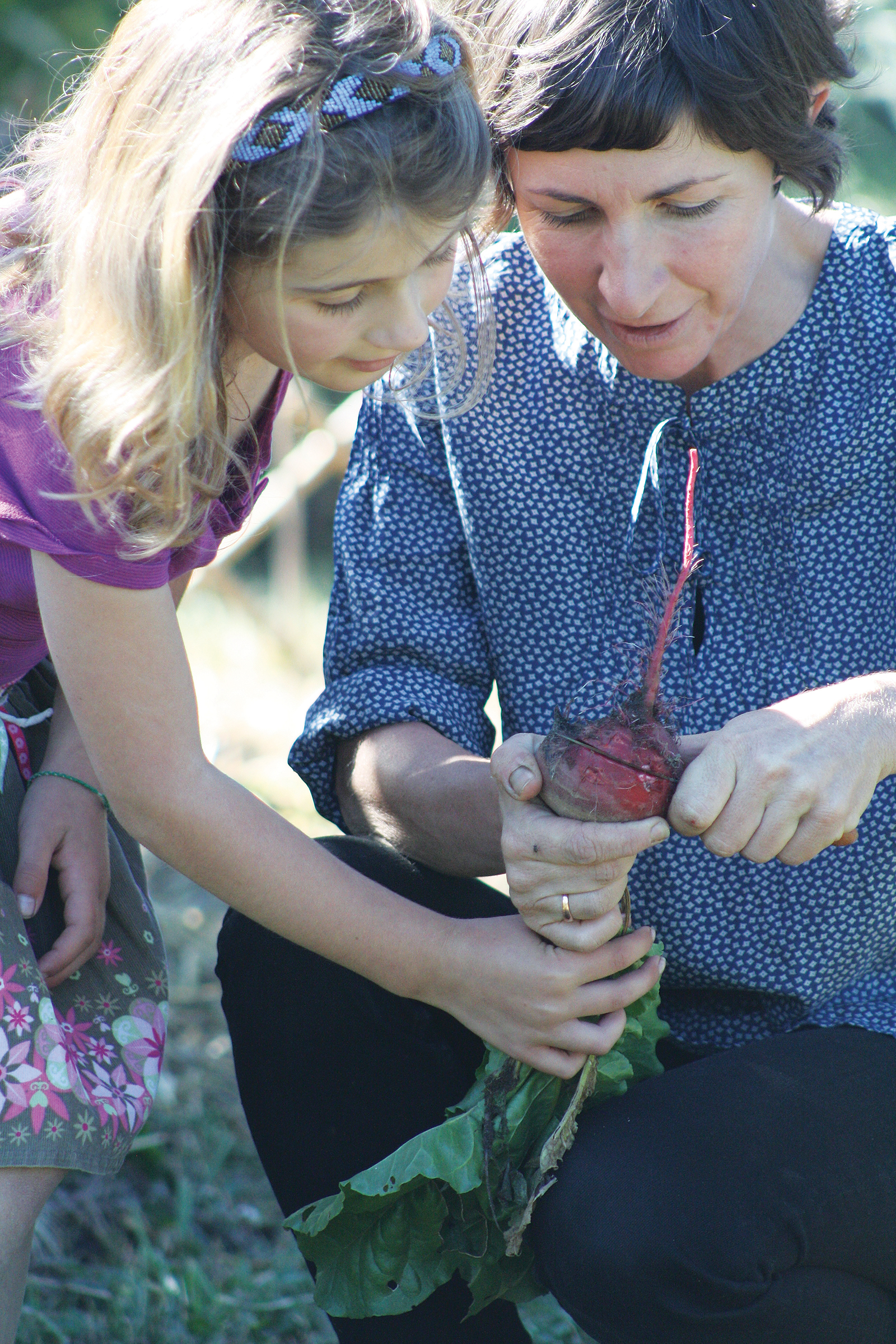 The name eye and leaf comes from one of Tamsin’s favourite poems by Wendel Berry.

“It is the idea of honesty within yourself, what you do. It is a poem about understanding that when you take a life you make sure it lived and died well, and you eat well and be respectful,” explained Tamsin.

“I mean food that is produced with love and care and respect, and with the understanding that human health, animal health and soil health are all interconnected.” 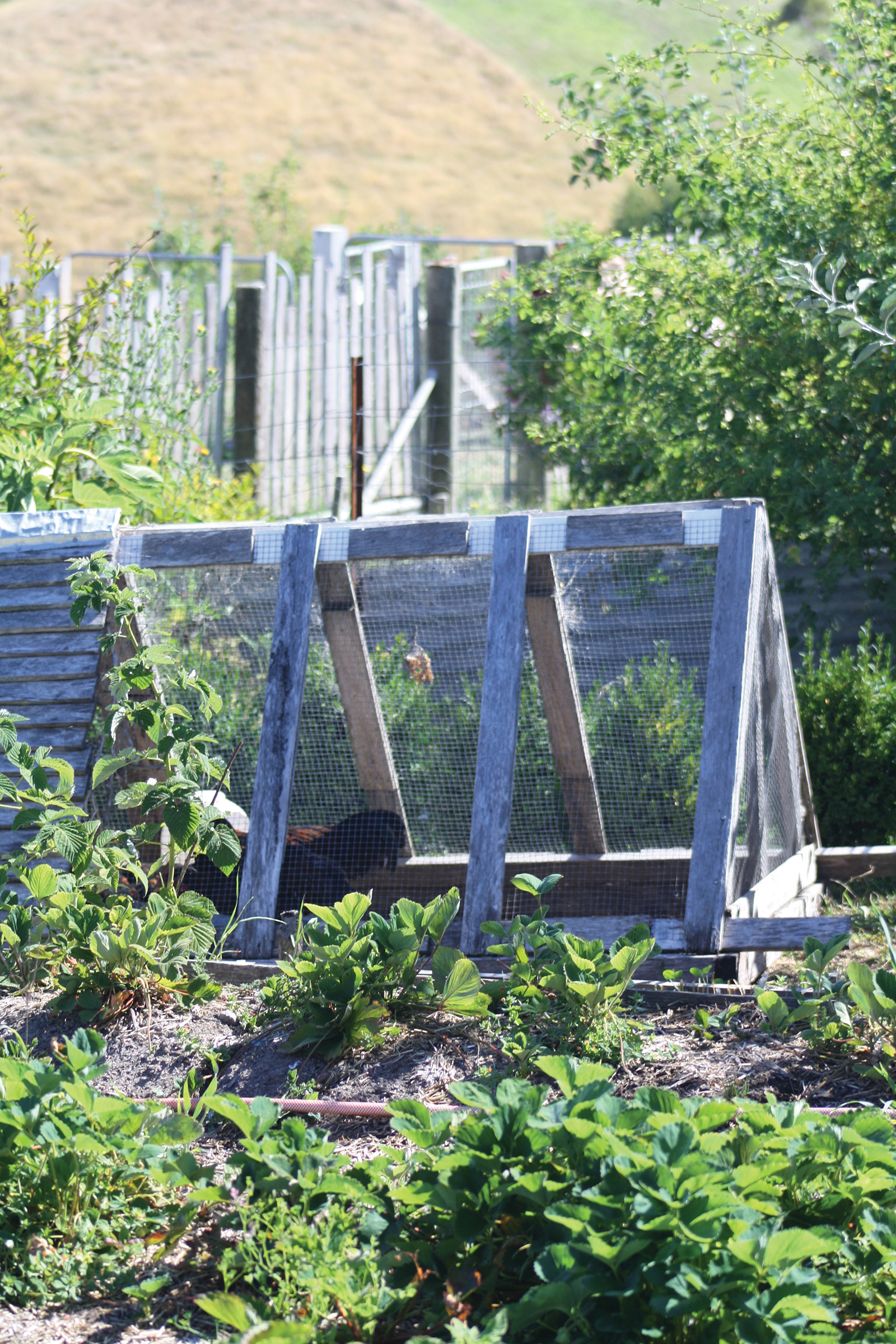 After having lived in Queensland through the drought and witnessing people, animals and farms simply ‘crumble’ before their eyes Tamsin and her young family began the search for a new farm. Their criteria meant that their new life had to be within two hours of a capital city and have reliable rainfall. The former dairy farm in Poowong East fit the bill and ever since Tamsin has been working hard to maintain and build the farm. 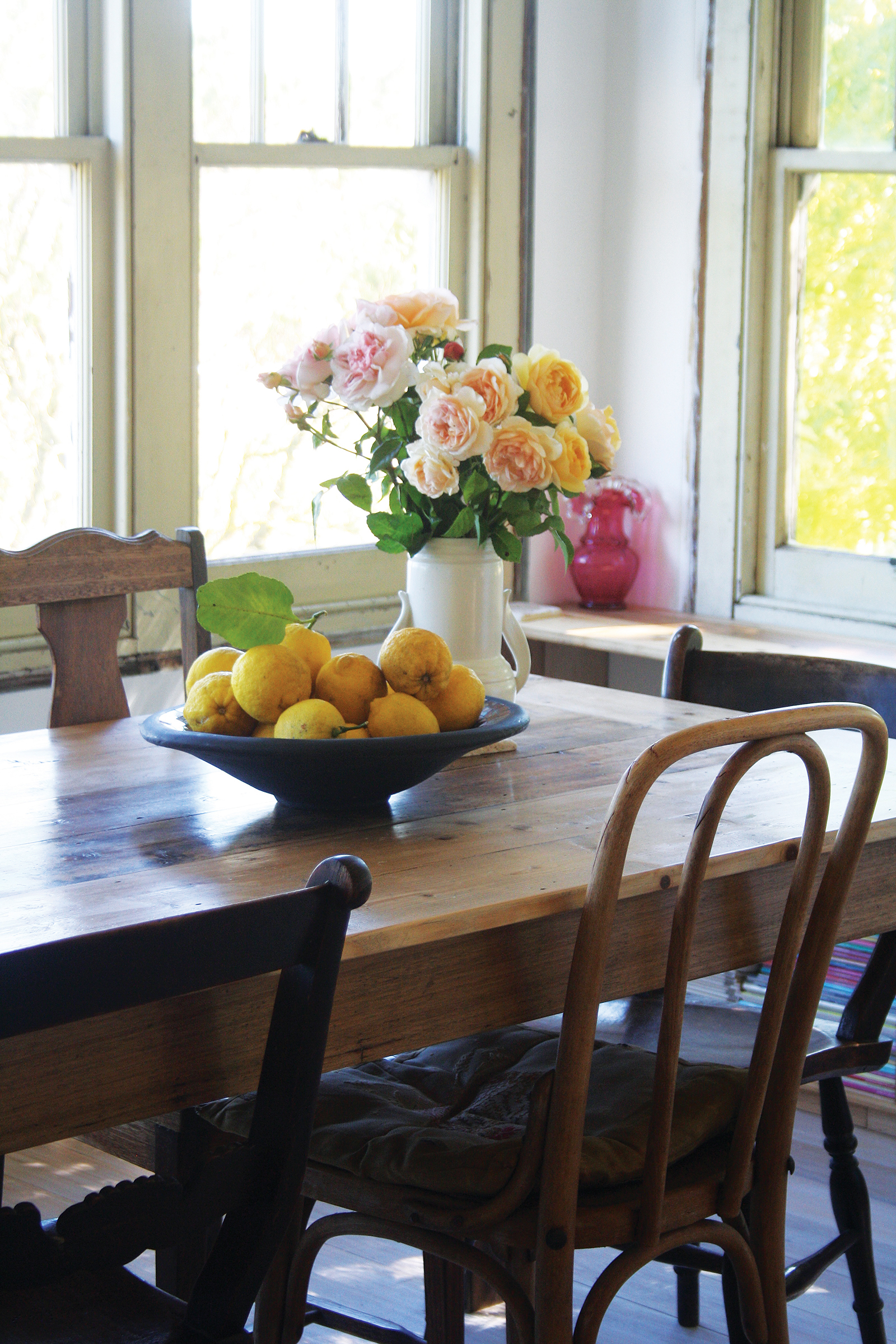 The property is typical of the area with a rolling typography, and views to far and beyond. “It was so lush and green and we new instantly this is where we wanted to be,” said Tamsin

The house sits perched on a knoll at the end of a one kilometre gravel driveway that clings to the hillside. 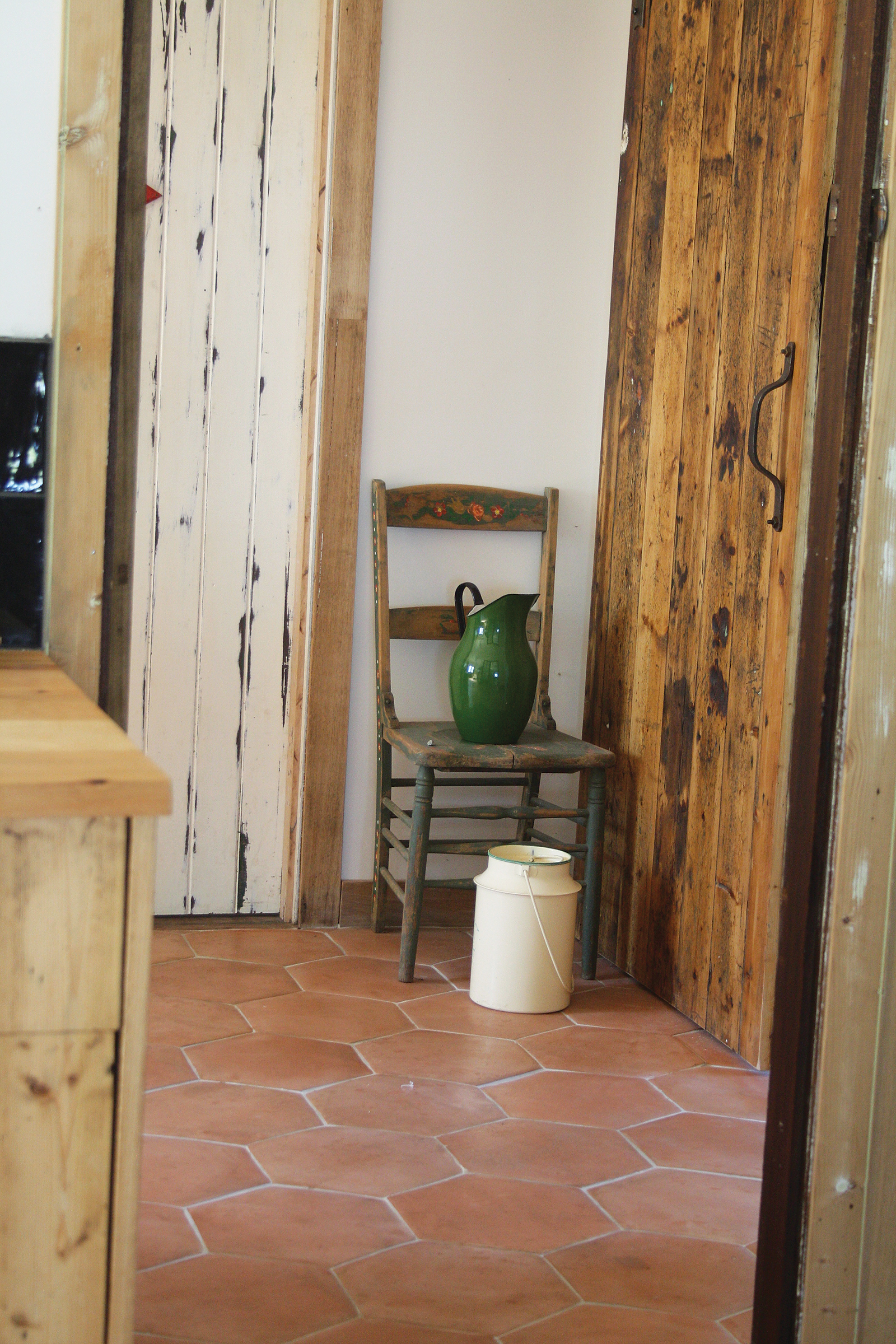 “I always had an interest in farming and I wanted to be close to food, farming and the land so the move was hugely exciting. I have learned a lot and learned to be resourceful.” Tamsin admitted that the initial years were tough, “I did spend four years panic stricken though.”

The cottage was re-built in the 1930s after the original farmstead burned down. The house she shares with her daughter Martha and her partner Alan Walker reflects the family’s philosophy of reusing, and respect for materials. Alan is a master welder and wood worker who has turned his skills to creating doors and fittings for the house using recycled timber and iron. The renovation of the house began when Tamsin thought more and more about sharing her bounty through her business Eye and Leaf. “We have tried to keep the spirit of the house, but just make it more comfortable.” Before the renovation Tamsin recalled spending most of the winters huddled around the wood fire.

The family’s kitchen table, and where guests can enjoy cooking the produce from the garden, was made by Alan from 100-year-old hand hewn Iron Bark.

The runners and handles for the internal doors of the cottage were salvaged from the vat room in the old dairy on the property. The kitchen stove was from an old restaurant nearby and the bath was originally a cattle trough in one of the paddocks.  The bricks for the hearth around the slow combustion stove, garden paths and edging was from a house being demolished in Seaview.

“We really try to use the things we already have around us, but it is always a work in progress.” 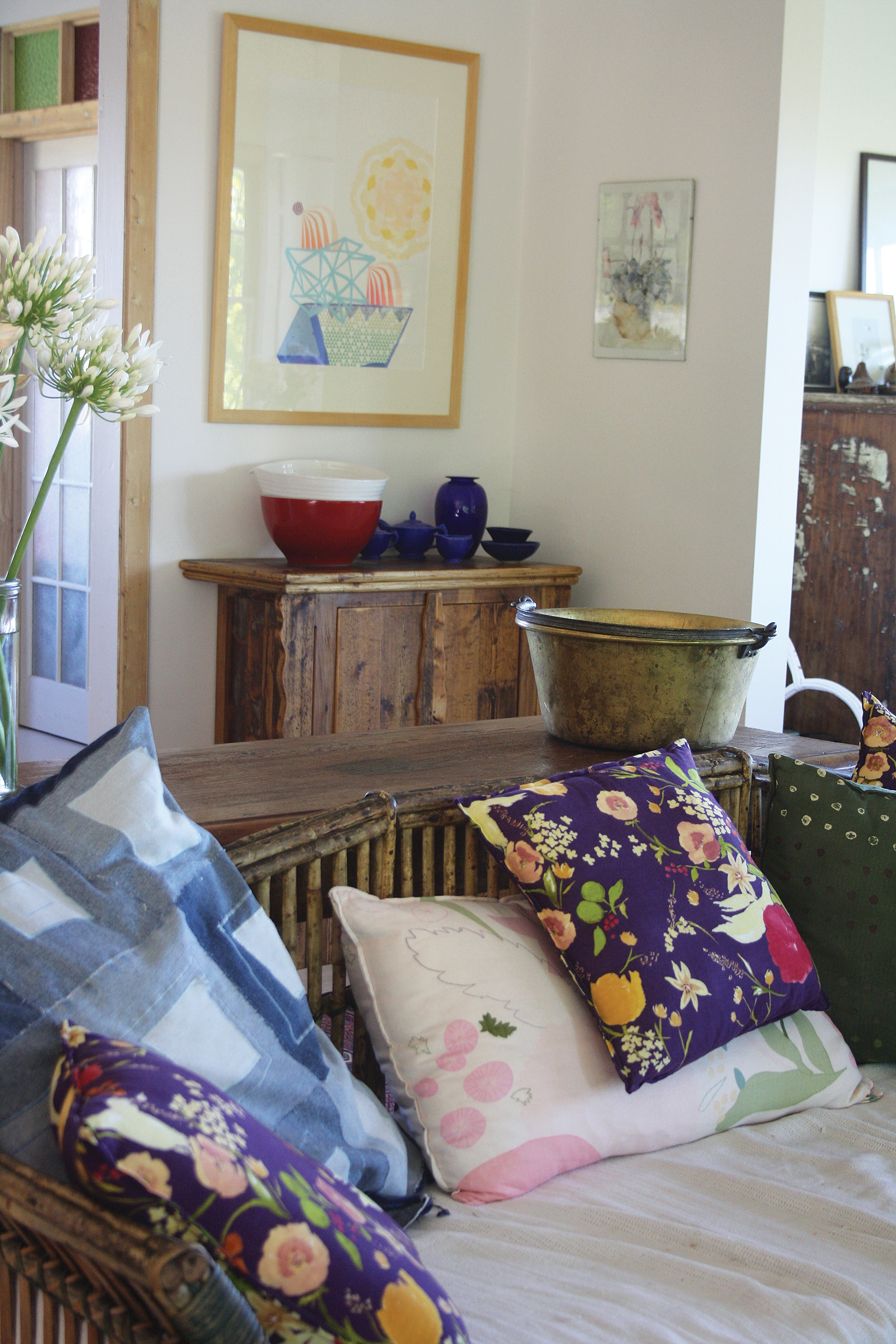 Each day Tamsin milks the house cow and prepares meals for her family from the extensive vegetable garden that supplies the household year round. A neighbour gave the family two calves which Tamsin has raised and then she slowly began developing a herd. Today she has 20 or so Guernsey and Jersey cross cows.

Tamsin’s vegetable garden is at the heart of her world. The half acre site she said, produces a vast quantity of food. “Being here has made me a better cook and more resourceful and imaginative.” Tamsin recalled a year when she had to come up with several recipes for fennel because that was all that was in the garden at the time.

Her gardening is based around organic principles which includes sometimes twice a day ‘squashing’ any little critters who enter the garden. She has worked hard on getting the soil right, “I believe that if the soil is good the food will be good and taste better.”

A number of springs and dams keep a regular supply of water to the vegetable garden and orchard. Olive trees, dozens of fruit trees and row upon row of soft leaf vegetables, berry canes, a potato plot with seven different varieties, tomato beds, and fig trees create a green oasis within the farmland drying off in the summer sun.

Living in harmony with the seasons and the climate as also been challenging. “We had a horrible winter (last year) because it was so wet, and we had landslips and fences fell down. We couldn’t grow things and had to feed out hay everyday. Some farmers we know had to strap hay bales onto their backs to feed the cows because they couldn’t get their tractors in.”

Tamsin is philosophical about the trials as they are outweighed by the highs. “Those things you learn from.”

There a many highs such as the plump harvest of apricots she has gathered that will be preserved and eaten throughout the year. “Sometimes you have an extra long summer and that is one of the pay offs.”

“People often say to me it must be a lot of work, but for me it is my deep love and as with any physical labour it is rarely about intensity but more of a commitment to regular effort.”

Since establishing eye and leaf she has had a number of groups visit from Melbourne and others from around Gippsland. “I think they really like it, and in the end they just like being away from the city. The grown ups I think generally feel disconnected from the land. Here the distant horizon is so restful. I think people also like connecting with the animals.”

Tamsin generally arranges a “very loose menu” as she likes guests to have the freedom to choose and, “you need to keep your options open to what is available at the time.”

“I hope people leave feeling relaxed and have had a wonderful time and have a real sensory experience.” Tamsin also selects some of the region’s best wines to share over lunch.

Plans are to develop a smoke house and more of the shared table experience for guests, where skills and knowledge about food production can be shared.

“I think we have generally lost touch with how to make things and the modes of cooking. People used to cook from being resourceful and what was around them, and in season. We have outsourced all of it today. I would just like to see more people having a go for themselves.”